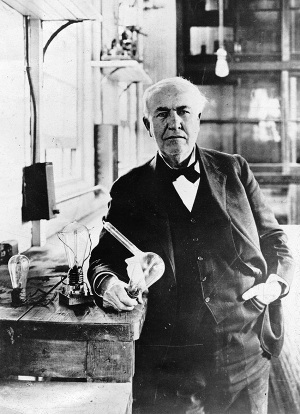 Q: I don’t know what to do! I have such a hard time with my child—his behavior leads me to believe that he’s going to grow up to be a failure. How can I regain hope in him?

A: Does the following scenario resonate with you? It’s morning ‘rush hour’ in your house. You’re frantically rushing to put the finishing touches on the lunches and your makeup. You’re ready to walk out the door when you see your child sitting there, one sock on, PJ top half on and reading a book! What are your first thoughts? Maybe you are thinking that you are the only mom out there who has a child who takes FOREVER to get ready in the morning? Maybe you’re thinking, ‘What will be with this child? Will he need his wife to remind him that he can’t go out in the morning with his PJ shirt on and missing one sock?’ And you’re flipping out because your parents will be staying with you for the next couple of days, and you know how on-time they are and that they’re not going to be happy with your morning routine. And maybe you’re comparing your child to the neighbor who’s ready at 7 AM…

Whatever negative visions you’re seeing, the future’s looking bleak for your child.

The above scenario is a typical example of our unproductive tendencies to catastrophize. The dear mother above is not accomplishing anything by idly standing by and predicting the worst for her child. How can she get herself out of this rut? Enter our wonderful tool, propheSEE—where we train our minds eye to prophesize GOOD—to see GOOD in our child’s future.

What are the advantages of prophesying good for our sweet, but maybe slightly absent-minded child in this scenario?

Listen to what two famous Jewish Rabbis, Rebbe Nachmun and the Sfas Emes, Rav Yehuda Aryeh Leib, both  say about prophe-see, “When you judge someone favorably, and you see the good in them (I’ll add—here and in their future), you actually bring out their inherent good!”

One day, as a small child, Thomas Edison came home from school and gave a paper to his mother. He said to her, “Mom, my teacher gave this paper to me and told me that only you are to read it. What does it say?”

“Your son is a genius. This school is too small for him and doesn’t have good enough teachers to train him. Please teach him yourself.”

Many years after Edison’s mother had died, he became one of the greatest inventors of the century.

One day, he was going through a closet and he found the folded letter that his old teacher had written to his mother that day. He opened it …

The message written on the letter was, “Your son is mentally deficient. We cannot let him attend our school anymore. He is expelled.”

Edison became emotional reading it, and then wrote in his diary:

“Thomas A. Edison was a mentally deficient child whose mother turned him into the genius of the century.”

A positive word of encouragement can help change anyone’s destiny.

I checked with Snopes, and it stated that the above story isn’t true! But we know that it is really true—the power of seeing good in our children’s future can make their future good!

I bless us all that we should harness the power of the prophe-see tool and use it to predict good in our childrens’ future, and by doing so, actually create a good reality!”