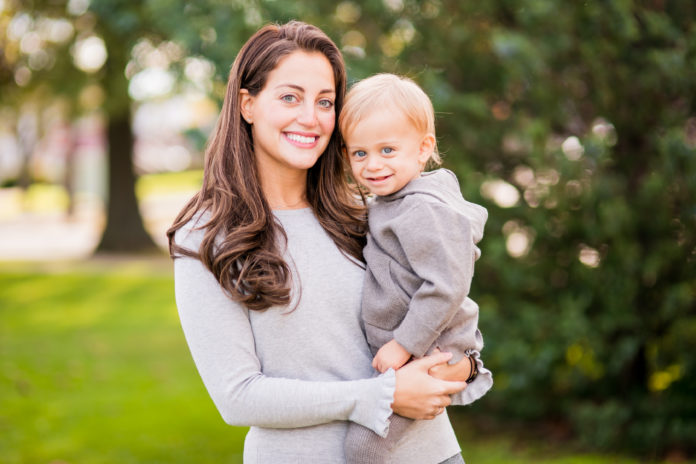 If someone would have told me a few years ago that I would one day have a child with disabilities, I would have thought they were joking. But what everyone sees as a “worst nightmare” became my reality about ten months ago. You see, my son, Jacob, an adorable blonde-haired, blue-eyed boy who looks nothing like his tanned sisters, was around eight months old and not meeting any milestones. He never babbled, and he wasn’t crawling, standing, or bearing any weight on his feet at all. In fact, if you tried to stand him up on his feet, he’d just drop to the floor like Jell-O.

His diagnosis is NOT who he is. Yes, it is a part of him. But it does not define him in any way.

I knew in my gut that something was wrong, but a part of me was afraid to acknowledge it. I took him to be evaluated by Early Intervention and was told that he was developmentally delayed in all areas. Okay, fine, I could deal with delays. No problem. But, I couldn’t shake the feeling that something deeper was going on. This wasn’t just a series of coincidences. Even as doctor after doctor kept telling me that Jake would grow out of all his delays and just needed to catch up, I could see, right in front of me, that there was a piece missing from the story, and, as his mom, I needed to figure out what it was.

Fast forward 10 months. When he was 18 months old, after months and months of genetic testing, nine months and three excruciatingly traumatizing blood tests later, we got our answer. Our son had a genetic mutation called USP7. At the time, he was only the 47th person in the entire world to ever be diagnosed with this disease. USP7 is a neurodevelopmental disorder. It can cause intellectual disability, epilepsy, severe language delay or the inability to talk, low muscle tone, endocrine problems and more.

During the months we had been going through this testing, only a handful of close friends knew that we were actively searching for an answer as to what was making our child fall so far behind. It wasn’t something which needed to be shared with the world, because if all the test results ended up being negative, why did I need everyone knowing that we had tested him to begin with? But walking out of the geneticist’s office the day we got the results, I felt my heart break. My child would never have the same opportunities as everyone else. He would never be treated the same as other children his age. He’d have a scarlet letter on him. I was terrified. But I also saw this as an opportunity to show the world that I wasn’t going to keep this a secret. I wasn’t going to be ashamed of my child, and I would make sure that he would grow up to be proud of who he is and the challenges he has overcome.

And so, I went home and posted publicly about Jake’s diagnosis. It was cathartic for me to put words to it, and posting it for the Facebook world to see meant that it was real. There was no going back from this. But as soon as I posted it, several people said to me, “Why would you post about this? What if he grows up to be ‘normal’ and wants to get married? Everyone will know about his ‘disease’, and who will want to date him?”

For the record, his mutation is not inherited. It was caused by a spontaneous mutation and can’t be passed down. It’s something most people don’t know or even think about. So, was I going to sit here and keep my mouth shut? Carry this heavy burden on my shoulders for the rest of my life? Pretend that everything in our lives was normal? And that one day, my son was going to just get up on his own two feet and start walking, just like that? Or, that he’d suddenly start speaking in full sentences when, at 18 months, he had never even babbled? I wasn’t in denial, and I wasn’t going to be ashamed of who my child was. I was going to own his diagnosis, and I hope that in the future, he will as well. His diagnosis is NOT who he is. Yes, it is a part of him. But it does not define him in any way.

Recently, I began thinking about how little people talk about genetic diseases and disorders within the Jewish community. These days, we are so hyperfocused on getting our children married and making sure that they have kids while they’re still “young”. Heaven forbid anything should get in the way of our children finding their shidduch. But is that a reason to hide who your child is?

Nobody is completely perfect. Life isn’t perfect. We need to stop feeling like our lives need to look perfect to the rest of the world.

We should be proud of our children who are differently-abled. We should show them to the world, hold them up like Mufasa held up Simba. Show the world that, despite the challenges our children were born with, they are strong. They have perseverance and determination. Many of these children with disabilities endure countless surgeries, procedures, blood tests, scans and endless amounts of therapies. They keep pushing forward during physical therapy, even when their muscles are ready to give out. They work hard just to function the same way our typical children do—our children who don’t even have to try. They have to work to talk, to walk, to hold a pen the right way, to drink from a straw. Things we always take for granted. So instead of being embarrassed by what is medically “wrong” with them, why aren’t we showing the world how brave and courageous our children are?

Just because my child with a single, mutated gene can’t talk doesn’t mean he’s less than perfect. It means he is his own version of perfect. It means that even though he doesn’t have the ability to use words to express himself, he has an incredibly hilarious personality which he only shows to those he truly loves and feels comfortable around. It means that he brings out the perfection in everyone else. He has shown our family that we are able to love, to be selfless, to give up things that aren’t truly important and focus on what really matters.

So, no, I will not be embarrassed of my child. I will continue to post about him and his accomplishments, which come slowly, but still, they come.

And I will post about his hardships too. Nobody is completely perfect. Life isn’t perfect. We need to stop feeling like our lives need to look perfect to the rest of the world. One thing I’ve realized throughout this journey is that everyone is going through their own personal struggle, and for our family, right now, this is a struggle. But it isn’t one I’m willing to sweep under the rug. It isn’t one that I’m going to pretend doesn’t exist. It’s one which I will continue to embrace. I will show the world that I love my child. Is he technically, according to medical standards, “different”? Yes. But in my eyes, he is perfect. He has big, bright blue eyes which make people fall in love with him. He has a high-pitched squeal which makes you die of laughter. He is just like every other child, typical or not. He deserves to be treated just like every other child. He should never have to fight for the right to have the same opportunities or to be treated the same way as other kids his own age. He IS the same. I believe it, and you should too.

If we could somehow manage to destigmatize special needs and disabilities, I can guarantee you that hundreds of people would come out of the woodwork. Can you imagine what a relief it would be for people who have been keeping their child’s diagnosis a secret for so long to finally be able to show the world who their child is? Imagine if they could talk about the difficulties their child is facing, and problems their family is facing, without feeling embarrassed. It would truly change the way we look at the special needs community.