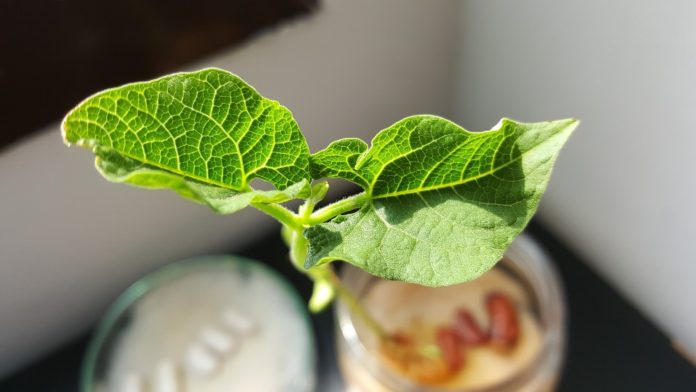 I grew up in a family of gardeners. All spring and summer long, both my parents loved to grow flowers and vegetable plants. Our backyard was quite impressive, with lovely landscaping, which they would both trouble and toil over. Their efforts filled our yard with all the velvety colors of the rainbow, and the most delicious vegetables and fruits imaginable.

My grandfather—my mother’s father—was an award-winning gardener, who got to meet the mayor of Chicago, while being presented with his award for The Most Beautiful Yard in the City—three consecutive years in a row. My mother’s brother took after his father, with an equally impressive yard, filled with a botanical buffet. My sisters all seemed to have been born with the gardening gene, as proved by their lovely yards, blooming window sills, and green thumbs. Unfortunately, I was left being the odd girl out; there was no green thumb on either of my hands. Not even one plant lasted more than a month in my house, and I for sure watered them…I think!

Unfortunately, I was left being the odd girl out; there was no green thumb on either of my hands.

Nonetheless, for years I laughed it off. When people asked me if I was a gardener like my relatives, I’d joke and say, “Where they grow beautiful things, I kill them.” I consoled myself, knowing that, after all, I had talents and hobbies which the rest of my family didn’t have, and it was okay to be different and not have plants in my house or flowers in my yard.

Then, one day, almost nineteen years ago, my youngest daughter came home from kindergarten with a cherub’s smile, holding up a little bean plant she’d started in her classroom from one lone lima bean. It was in a decorated pot, and it had a little green shoot with a tiny leaf bud growing out of the dark, rich soil. It was so cute, and I tried to enjoy it while I could, because I knew its days were numbered. Poor little bean plant. Given my track record, I’d be surprised if it lasted longer than two weeks!

After a month watering the plant, my daughter got bored and forgot about it, and it began to wither. I felt bad. “So long, little bean plant,”I said every few days, when I remembered to water it. At this rate, I didn’t think it was going to last much longer, even though, surprisingly, it already had two leaves growing on it. And that’s when I had some sort of epiphany—I had decided I wanted that plant to live!

I moved it into the bathroom and vowed that I would water it more if it was located closer to the sink. Low and behold, I did! And more and more leaves grew on that little plant, no matter how many times I did forget to water it. It was amazing, really, almost like a miracle. At least that’s what I thought to myself, with my new I-can-really-grow-things! attitude. Then, one poignant day, everything changed.

I remember the day well. I was in my home office, working on an article for a local newspaper, when I heard what sounded like my eccentric cleaning lady, Halina, talking in the other room. But, to the best of my knowledge, we were the only ones home. Saving my document, I left my office and went to investigate.

Surprise! Halina, holding the little potted bean plant, and was singing to it in Polish.

“Ya? You like song, too? Plant love song! I sing, I sing, and my friend, the plant, she love it!” She flashed me a gold-capped-tooth smile.

“You sing to the plant?” I queried, surprised.

“Yes, yes! Plant grow better with songs. Years now, I sing special to this plant, and I water, too. Look!” She held up the little bean plant and showed off its dark, leafy foliage.

Then my voice grew louder, and after a few minutes, I realized that I could do this if I set my mind to it.

And just like that, my pride had been dashed. I wasn’t a miracle gardener. Plants still hated me. But they obviously loved my odd little cleaning lady—or at least they responded to her special singing. I sighed and gave Halina a hesitant, but well-deserved smile.

“Thank you. You’ve done an amazing job with it!”

I smiled and nodded, not sure if I would.

But later, when she left, I immediately went to the plant, picked it up, and asked it how it could have let me believe it had been me keeping it alive and thriving all along? I felt tricked. Misled to believe that I was someone I wasn’t the whole time.

And then it hit me. What did my family and Halina really have that I didn’t? Motivation. Simple as that. So I began to hum. A little ditty I sometimes sang to my children when they were little. Then my voice grew louder, and after a few minutes, I realized that I could do this if I set my mind to it.

And I did. Show tunes, pop songs, classic rock, and even some hip Reggae when the mood struck—all of it I lovingly sung to my little bean plant, which flourished as the weeks went on. When spring rolled around, I decided to try my hand at real gardening in my yard. I grew vegetables with my children, and by summer’s end that first year, I’d managed to become so good at it that one of my dozens of cucumbers could have won a prize. To the delight of my children, it weighed in at 3.5 lbs and was almost as long as a baseball bat. And it was so sweet and delicious when we ate it!

Since then, I’ve dabbled in the botanical arts here and there, and though my yard most likely won’t ever rival any of my family members’ gardens, I did learn something much more fruitful than gardening about myself, and perhaps, about life, as well.  Everything and anything living needs nurturing. To grow something—whether it be a flower or a friendship, a vegetable or a family, or even a little bean plant or a relationship with the earth or spirituality—to help it flourish and reap a bountiful harvest, you need to shower it with attention, love, and, perhaps, a little song or two!