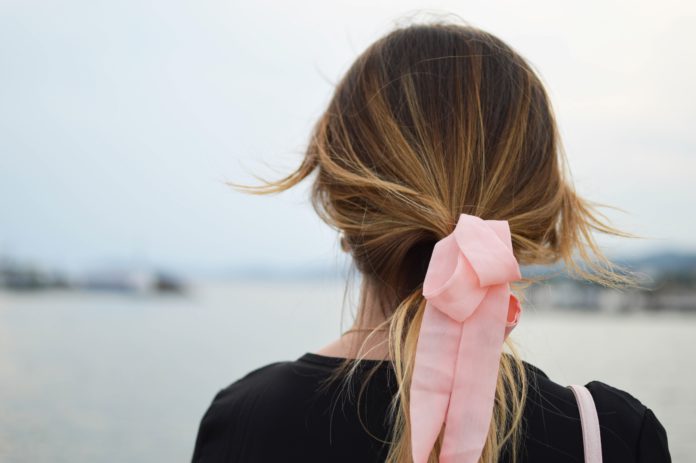 On September 18, 2018, a few hours before Kol Nidre was about to start, I sat in an oncologist’s office, anxiously awaiting the results of tests I had undergone several weeks prior. I remember this day in excruciating detail—from the faces of the other women there (who were much older than me), looking at me with sympathetic eyes, to a rogue branch of ivy, gently swaying from the AC blasting above it.

I remember this day as if it were yesterday, because it was the day that my life changed forever. September 18, 2018 is the day I received the devastating news that I tested positive for a BRCA gene mutation.

You may have heard about BRCA mutation, but, just like I had been at the time, you may be unsure of what it truly is and what it means for those affected. The national average for having a BRCA mutation is 1:500. In the Ashkenazi community, that number is drastically higher, coming in at 1:40. Those with hereditary cancer genes have an increased risk of developing breast, ovarian, pancreatic and skin cancer, with the greatest risks being breast and/or ovarian cancer.

I always knew that I had a family history of breast cancer, but I was naïve about what that history meant for my own health. I was undereducated, and believed that because the history existed on my father’s side, I was safe. I later learned that this is a myth a lot of women believe, when in reality, the BRCA gene mutation can be passed down from either one’s mother or father.

The national average for having a BRCA mutation is 1:500. In the Ashkenazi community, that number is drastically higher, coming in at 1:40.

The next several months were a big blur. I spent hours discussing options with my genetic counselor, and then moved on to finding a care team with which I felt confident and comfortable.

Although there are several options for dealing with a BRCA gene mutation, I made the choice to undergo a prophylactic double mastectomy with DIEP flap reconstruction. In more simple terms, I made the decision to have my currently healthy breasts amputated, and then have tissue from my abdomen harvested to reconstruct new breasts.

On June 19, 2019, having just turned 29 years old, I walked into an operating room at Yale Smilow Cancer Hospital to claim my life before cancer could.

I felt empowered by my choice to undergo surgery, yet I didn’t feel powerful enough to speak about it at that point, and it has taken a lot of soul-searching and pep talks to find the strength to speak openly about it now. From the time I was diagnosed until Rosh Hashanah of this year, only a small amount of people knew about my situation. Close friends, family, a few rebbeim—that’s it. I was completely crippled by fear about the impact my situation would have on my daughters’ future, and about what people would say to me or think of me when the subject at hand is such a personal and sensitive one.

Several months before I found out about my BRCA mutation, my first cousin was diagnosed with breast cancer. Her diagnosis was actually what prompted me to have genetic testing done. My test results were identical to hers, which told us that we both inherited our mutation from our fathers, who are brothers.

Thank G-d, my cousin is now in remission, but despite an identical mutation, our stories are vastly different. My cousin underwent numerous rounds of chemotherapy and had a double mastectomy, followed by radiation. Reconstruction was not an immediate option for her. On the other hand, since I was healthy, I had complete control over when, where, and how my breasts were removed and then rebuilt.

Understandably, cancer is typically viewed as being binary. I mean, have you ever heard someone say, “I kind of have cancer, but not really”? I didn’t think so. However, with the popularity of genetic testing growing, and more women opting for preventative measures, a new population is forming: The Previvors.

Previvors are those who have not been diagnosed with cancer, but have an extreme predisposition for it; so they are people who “kind of have cancer, but then again, not really”. What I mean by this is that mutants, like me, have bodies which are essentially ticking time bombs. Statistically speaking, the bomb will go off; the question is just when and how much damage it will cause. So no, we don’t actually have cancer, but for most us, it’s only a matter of time until we do.

The topic of genetics has long been taboo in the frum community. It’s something we fear, turn our heads away from, pretend doesn’t exist. Great lengths are gone to in order to skirt conversations about hereditary illnesses and the like.

Why? Do we not actually believe that we are all created in the image of G-d? Do we truly believe that pretending issues don’t exist will keep them from existing? If anything, it is quite the opposite. Refusing to acknowledge factual information, and refusing to take steps to protect our health and the health of our children and their children, etc., can have grave consequences.

It’s time to end the stigma and start talking…before the choice is no longer yours and the options are no longer preventative.