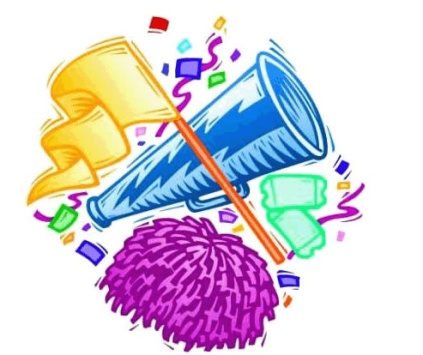 I love my uncle! Whenever I speak to him, he always tells me the following: how much he misses seeing my articles in print; that I have real talent, and I should continue with my dream and keep on writing; that everyone loves what I write; that he knows I will do great things with my writing; that I am ‘the best’—his favorite writer.  I love my uncle, because when I hear how he believes in my talent, I believe in myself.

I had been a popular columnist when my kids were younger.  But during their teenage years, my darling children sapped the strength out of me, and it was more important to sleep than to stay up into the wee hours of the night, pounding away on my computer.  And so, I kind of let my dreams go out the window.  Once I became an empty nester, I slowly began the long journey to build up my writing reputation once again.  As I stepped into the tepid writing waters, it wasn’t as easy as I thought it would be.  Plus, for the first time, I needed some kind of vote of confidence that I could do this again.

It took me a very long time to submit an article to a magazine, and it was very promptly, but politely, rejected.   A few months later, I saw an extremely similar article in that same periodical on the same subject….and I know that mine was written much better.  (By the way, it was written by the publisher’s cousin. Nepotism, anyone?) The emotional pain it caused me hurt to no end.  I wanted to write to the editor and say, ‘What were you thinking?  My article was much more interesting, informative and engaging than what was published!’  Just because they threw in a “big name”, they thought the article would be more enticing to readers.  But it lacked something—heart and soul.

That very day, I called my uncle to see how he and his family were doing.  For some reason, he was even more encouraging and vocal about my need to start writing again. The energy in my uncle’s voice brought tears to my eyes!  Someone believed in me!  Yes, it was a dear family member who I knew in my heart was more than prejudiced when it came to my writing, but nevertheless, it did me good to hear his encouraging words!  It brought me up and tempered my emotions.  I rethought my decision to send my outraged letter about not really knowing the difference between a good and lousy piece to the editor.  I was so glad I did not hit the send button but had waited until I got my emotions more in check.  It felt so empowering to let that anger go!  I sent the piece to another periodical and, lo and behold, it was accepted and heralded with accolades in the Letters to the Editor box.

Recently, I spoke with one of my children.  They were at a crossroads of a big educational decision in their life.  I encouraged them (in very strong words!) to keep going until they finished the program they had started.  Keeping in mind the old axiom, “It is easier to catch bees with honey than vinegar,” I told my child that I didn’t mean to be so hard on them, but I knew this would be a decision they would not regret in any course of life that they choose to go in the future.  I told them I was speaking out of love and concern, and I had confidence in their abilities.  The reward I got from this conversation was the affirmation that they knew I only had their best interests in mind and that they never would have gotten so far if it hadn’t been for my loving encouragement.

I think that all of us—even those people who are type-A personalities, spilling over with self-confidence—can always use that little boost of encouragement, which helps us get to our own personal finish line of accomplishments in life.  We have no idea what we are capable of if we don’t give it our best shot, but sometimes the rejections we experience bring us to new lows.  Our strengths manifest when we can pick ourselves up and keep on going, which does require a thick skin—and many of us are sensitive individuals.  But if we have the passion, we will keep trying to get to that allusive goal of ours.  It takes time and quite a bit of patience to pull ourselves together and get through, but the personal rewards we feel are so worth it!

There are countless examples of people who accomplished great or small things in life just because someone they were close to or respected—or even a stranger—who admired their work told them that they knew they would one day achieve good things.  The children’s book The Little Engine That Could is about the puffing engine who kept saying, “I think I can…I think I can…” and eventually got to where he needed to go.  But his journey could have been a whole lot easier with another engine by his side tooting, “I know you can…I know you can.”

There are people we hear about who have achieved great things by themselves without anyone giving them positive encouragement.  But, more often than not, those who rise to the occasion and succeed beyond their wildest expectations have been urged on by someone they greatly respect, be it a relative, good friend or teacher, or someone in their field whom they admire.  Those special, hidden talents that Hashem infuses in all of us somehow rise to the surface when we know someone truly believes in us.

Don’t ever think that encouraging words which you say or write to someone are for naught. You never know what will be the final “push” to make them feel good about themselves and inspire them to keep on going—even when they have suffered a sad blow.  It is the equivalent of throwing someone a lifeline, giving them something to hang onto to pursue their dreams, while you stand quietly on the sidelines, looking on with approval.

So, Uncle Harmon, this article is for you! Thanks for the words of encouragement!  Instead of slithering into months of hurt, which would not allow me to use my talent for writing, you turned the situation around and left me thinking I am good at what I love to do.  I am now determined to prove you are right about my talents. And, for that, I thank you…and love you!