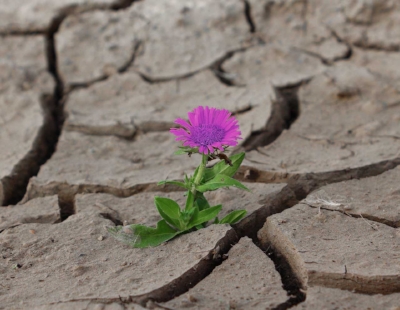 I have decided that I’m not a fan of the word “failure”. I don’t have anything against the letters that make up the word, or the way it rolls off the tongue so easily, but I do, however, dislike what the term stands for. In short, it means one did not accomplish something one initially set out to do. But why is that considered “failure”?

If there’s anyone who knows about stereotypical failure, it’s me. I dropped out of four colleges, am currently paying off my student loans (without any degree in sight), and I’m still trying to launch a business that, on paper, should have easily happened within a couple months of me coming up with the idea. The list goes on and on. My biggest failure? Not ending my life nearly ten years ago.

All throughout my childhood and teenage years, I had been mentally and emotionally abused by my father’s extended family for not being thin enough or pretty enough; focusing on G-d wasn’t promoted, but rather, thinking of the purely physical was the most sought-after thing in my household. The pressure to be skinny for them (and let’s be honest, for the rest of society as well) was too much for me to handle. I was convinced that taking up extra space in the world meant I had less value, less worth. After years of self-loathing, starvation, binging, purging, and tears, I attempted to take my life. Not once, not twice, not three times, but four.

The first three were, in hindsight, not the best at “getting the job done”. The last one, however, should have worked. When I survived my last attempt, I ended up walking around for weeks in a haze, unsure if I had actually died. The smallest of tasks, like finishing an English paper or working on an algebra problem, seemed ridiculous to me. I’d just been through a trauma, and the world expected me to do homework?

After quite a while, the guilt was unbearable; the thought of leaving my sister and mom behind was terrifying. As time moved on (and I had been able to keep my suicide attempt a secret), I knew there was a reason for my survival, my guilt, my need to fill a deep-rooted emptiness within me—a Higher Power was out there. I didn’t know Him by name just yet, but I knew Someone bigger than myself wanted me here.

Fast-forward to nearly ten years later—I’m a Baal Teshuva, married to an Orthodox man, and we have a beautiful two-year-old son. So technically, did I fail at taking my own life (more than once)? The answer I can easily give is no. My husband, our son, my personal, growing connection to Hashem and Judaism aren’t failures. They’re miracles.

Although I would never, ever suggest one should take his or her own life, G-d forbid, I am saying that what I tried to do, and what Hashem so boldly stopped from happening, was the biggest, and will forever be the biggest, miracle—not failure—of my life.

I look at my son’s face and could never imagine a world without him in it. I mean—I’d lived in that world before, and it was unbearable. And for this pure, simple reason, I know this is why Hashem kept me alive. As my sweet, incredible baby boy grows up, I plan to share with him my thoughts on failures and miracles; how they’re truthfully one and the same. For me, failures are miracles in disguise.

So during this new year, be grateful for the plans that didn’t work out, even if you have to convince yourself over and over again it’s supposed to be this way. Hashem knows what’s best for us all, even if we can’t see it for ourselves.

Important: If you, or someone you know, are struggling with eating disorders, depression, or thoughts of suicide, please contact a trusted adult or medical professional immediately. Life is incredibly worth living. Know that you’re loved.