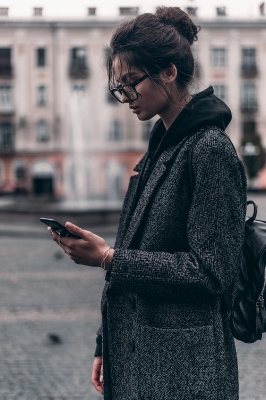 I had just started a new job in August, working in the field of early intervention. This was the day that I was going to lead the assessment for the first time since I had started my job, to determine whether this child could benefit from early intervention services. As my two colleagues and I pulled up to the apartment building, my cell phone rang. It was my father. I ignored the call (planning to call him later), so that I could mentally prepare for this new step in my job. The phone rang again. I picked up and told my father that I couldn’t speak since I was going into an evaluation, but he said it was important. I knew it really did have to be important, as my dad would have otherwise waited for me to call him. So my co-workers went in to start the paperwork while I talked to him.

He told me that he had gotten results back from a scan, as he had been experiencing headaches for 3 weeks straight. My father never got headaches. He had wanted to be checked out because he was planning a scuba diving trip to the Galapagos Islands with his friends. My father told me there was a mass on his brain.

I was in shock. I asked if it was cancer, but he didn’t answer the question. Instead, he continued on, saying he was making appointments with doctors to see what needed to happen next. He asked me to call once I was home from work. I agreed, and then sat in the car for a minute or so, thinking about all the possibilities regarding his illness. I realized that I wasn’t in a state to lead an evaluation. I walked into the apartment, apologized for my delay, and asked the mother of the child we were evaluating if I could quickly speak to my co-workers. I explained to them what was happening and they gladly took over. I don’t remember anything else from that work day.

I came home to my Brookline apartment after work and immediately called my dad to find out what was going on. My father told me he was diagnosed with a glioblastoma, but he still never said the word CANCER. He explained that as a medical doctor—a virologist, who recently accepted the directorship of the formerly named National Institute of Complementary and Alternative Medicine—he was lucky to have connections around the world. He had chosen a doctor at Johns Hopkins (which was just an hour from where I grew up) for a second opinion, and a surgeon.

My father’s voice remained calm on the phone, and he ended the conversation by saying, “Before I hang up, do not search for glioblastoma online. When I get more information, I will update you.” I verbally agreed, but I knew it was a lie, because that was exactly what my plan was. So, I got off the phone and typed “glioblastoma” into the search engine box. What came up was mind-blowing. There was NO good news about this diagnosis. It is a rare but fast-growing brain tumor, and it cannot be cured. 50% of all people diagnosed die within a year. From his diagnosis to his passing (may his memory be a blessing), my father had 3 brain surgeries, multiple bouts of chemo and radiation, and alternative and experimental treatments.

My father was 57 when he was diagnosed and 60 when he passed away. Here’s the amazing thing about him—after his first brain surgery, he was back to work within 2 weeks. After his second surgery, within 3 weeks. After his third (and final) surgery, the surgeon had to dig a bit deeper, due to the tumor’s growth, and it caused my father to have a mild stroke. It took him awhile to get back to work, and he realized, after less than 6 months, that he was unable to work anymore. He passed away about 6 months after this decision.

Why am I sharing all this, and what does this have to do with Election Day? Well, as stated above, we found out about my father’s diagnosis on Election Day. The day that I am writing this piece is Election Day 2018.

However, we learned several months ago that Senator John McCain passed away from this same disease. When I initially found out about Senator McCain’s diagnosis, my heart broke for his family, as over 11 years prior, my father had lost his battle to the same disorder. I am not going to go into details, but my relationship with my father was complicated. However, to lose a parent so young is devastating for anyone. My immediate reaction to my father’s passing was not uncommon. I went numb and then into “what do we need to do now?” mode. It took me until after his funeral, burial, and shiva before I cried.

It was surprising to me—as I have no connection to John McCain whatsoever—that my reaction to his passing was much harder and swifter. I immediately started crying—hard. I was crying not only for his loss, or my father’s loss, but for all the people who have suffered such a horrible end to their life.

I dedicate this piece to a dear friend’s husband, who at only 36 years of age, has recently been diagnosed with Stage 4 Metastatic Melanoma. May he have a full recovery.

*This story is my recollection only. I’m sure the story is different for my mother, my sister, and my brother.