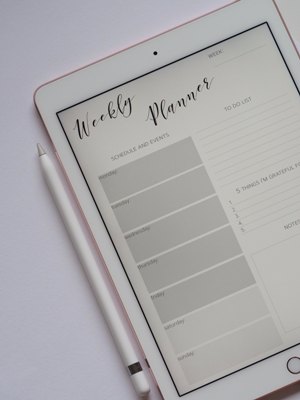 Almost a year after I left my job indefinitely to become a stay-at-home-mom to my impending first child (he’s about to celebrate his second birthday now!), I heard about Waldorf education, an alternative pedagogy system reminiscent of Montessori, or Earth-schooling, founded by Rudolph Steiner in 1919. Now, all discussion of Waldorf education itself aside (there are obvious pros and cons, though I think it’s worth mentioning that there are some really neat intercultural Waldorf schools in Israel), the thing that resonated with me most profoundly was a concept called Rhythm.
Rhythm isn’t a foreign or a new concept, but I feel like in our modern industrialized society, far too often we let it get twisted into something else.

My first year as a stay-at-home mom was a bigger struggle than I had expected. Obviously, the first few months were a wash, just spent learning how to be a new mom, how to be a family of three, how to balance the needs of this tiny human we had just met, as well as my own needs. But after the survival mode was no longer necessary, I was still “stumbling” through the day. I found myself split between thoughts of ‘what should I DO with you today?’ and ‘when can we do those errands/chores?’. Most days, I spent more time trying to figure out my day than actually getting anything done. I knew I needed a “schedule” or a “routine”, but I felt like it was this Sword of Damocles over my head, and something that I was doomed to fail at day after day anyhow. I needed more of a “flow”. What if we have a rough night and we sleep in late? What if I take a little longer drinking my coffee? Can I make a schedule without time restraints?

When I first read about Rhythm, it was explained primarily through Yearly Rhythm. This is something we all understand well. Summer leads to fall, fall to winter, etc. But as Jews, we also understand that fall brings the chaos of The Days of Awe, winter brings Chanukah, and spring brings the chaos of Passover (major holidays are a lot of chaos…). I delved into this enthusiastically. What else did the rhythm of the year make me feel? What positive feelings did they bring me, and what negatives? How could I make those negative things more positive? I found that January was always so “blah” to me after the excitement of September, October, November and December. (This is a common feeling, isn’t it?) It made me realize that the Jewish calendar never actually sleeps! So why did I feel like the excitement was over?

We started making the whole month leading up to a holiday a preparation and a theme. January was all about getting excited for Tu B’Shvat. February (and part of March) was build-up to Purim. We also worked on making the holidays more than just a “mitzvah to-do list”. What colors represented those holidays to us? What table decorations? What family traditions did we want to start? And we saw our year blossom into more than just dates on a calendar. The months now had a flavor, a feel to them.

Once I felt satisfied with my work on our year, I applied this to my day. Now, instead of looking at the clock, “9 am, 10 am, 11 am, noon”, I saw it as something more organic. Actually, I got inspiration from JRR Tolkien’s hobbits (in the movie it was Pippin, but in the books, Bilbo first introduces hobbit “mealtimes”), because after all, toddlers are basically hobbits who eat six or seven meals a day anyhow. And amazingly, it all fell into place—just like that! When you’re planning 6-7 meals a day, plus nap-times, there’s not a whole lot of wiggle room for much else, but at least I knew where I stood. Did I want to go to the grocery store? Well I better do it between Second Breakfast (the BIG breakfast after I’ve had coffee and maybe a banana to give me the energy to cook!) and Elevensies (when I had better have an apple and some cheerios ready for a certain hangry little man who will promptly want to nap after he fills that stomach). Now it didn’t really matter if we didn’t keep to a strict timeline, because it wasn’t about doing things exactly between two o’clock and three o’clock, since the clock on the wall was never as powerful as the clock in that little boy’s body.

Our day now also had a feel to it. At times we would get out of sync—that’s bound to happen—but once we tuned ourselves in to that beat, that flow, we never really lost touch with it. We could always find it again when things quieted down.

Now I’m working on making our weeks and months have the same feeling. It’s proving a bigger challenge (Judaism only describes one weekly tradition and one monthly tradition, so we have to fill in the rest, and just what DOES a Tuesday FEEL like after all?), but I’m anticipating the comfort and fulfillment that awaits.