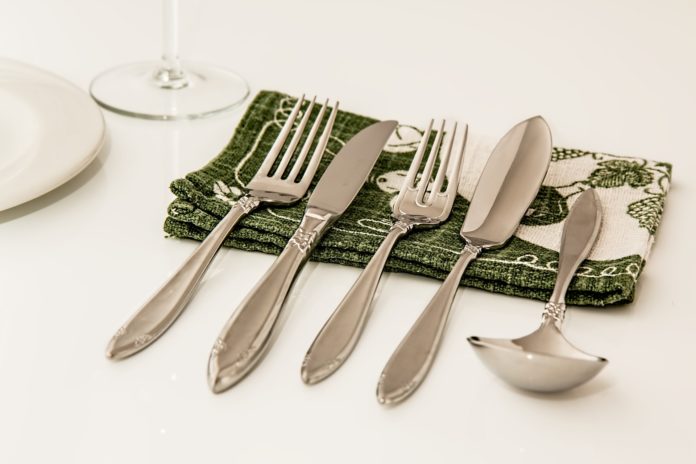 My mother, a”h, passed away in 2006, and sadly, she left behind a house full of things. From pricey collectables to heirlooms to dollar store knick-knacks, she had had it all! A child survivor of the Holocaust, she had grown up in utter poverty and vowed to never want again. Sadly, my mother’s wanting became a form of hoarding, and so when she was gone and I was left in charge of the immense task of dividing up the heirlooms and liquidating the rest of the items for a large estate sale, it made my job somewhat harder to deal with on top of my bitter grief. After working alone for two months, I finally broke down and was forced to hire a lovely young lady to help me with this overwhelming job.

Getting ready for the estate sale was probably one of the most emotional experiences I’d ever been forced to face. After the heirlooms were divided up amongst my mother’s grandchildren, my mother had left me the rest of her worldly goods, from dishes to bath towels—she had wanted me to have everything in her house. It was overwhelming to think about. I don’t know what I would have done without my assistant lending me her unemotional perspective on what to save and what to let go in the estate sale. Often times, it was emotionally easier for me to let this other lady just box up things she felt I would want one day, rather than go through the tedious day to day items. She set aside sentimental items for me to go through on my stronger days. A month before the estate sale, it was time to move out the furniture and boxes of all the things I was going to keep for myself and my family. Since a situation like this is an emotional process, I had decided to rent a storage space to temporarily place all my mother’s things into, and then once her estate sale was complete and I had sold her house, I would slowly go through the items I’d saved for my family.

Flash forward four years later to the winter of 2010, and I’m sad to say that I’d never really gone through all of the boxes from the storage space. In those last years, we’d moved to another state and  purchased a much larger home, which meant we’d been able to give up the storage space and absorb all those boxes of my mother’s things into our new house, in the hopes that I’d be inspired to unpack them and make them ours. Well, grief is a funny thing. That first year in our new home, I just couldn’t bring myself to do it. I’d managed to convince my husband that I planned to, so for a whole year, my first floor office had a wall filled with boxes nearly to the ceiling of my mom’s things. I never unpacked a box.

Then one day, a day before our second Chanukah in our new house, I’d made the decision that I was going to unpack one row of boxes from the wall in my office. The morning I was going to begin, I happened to enter the living room and notice a big white box on our coffee table. It almost looked like a Chanukah gift—maybe for me from my husband—so, I snooped! Inside was a set of really pretty stainless steel flatware. My husband has gotten me the most perfect gift! I thought. Our regular meat set was so old that it was beyond tarnished and unable to be polished anymore. I was so excited that the minute I saw him, I ran over to him, confessed my snooping and thanked him for his thoughtfulness!

He turned red and looked instantly sad and admitted to me that the set of flatware was not ours. My husband works as a mashgiach for a nursing home, and he had toiveled the set on his way home the day before and was planning to return them when he went to work. I was horrified and embarrassed for assuming they were mine! I’d never done anything like that before! My husband felt horrible and calmly told me that we’d simply go out and get a set of our own—it was about time we had a new set! I was so embarrassed by the whole thing that I told him we’d just talk about it later, and that I had boxes to unpack from my mother.  Eventually, my husband left for work.

About an hour later, my one row of boxes were unpacked, and I realized how quickly I had gotten it done, and how nice it was to connect with my mother without falling into hysterics. I think enough time had passed that I could handle unpacking her boxes, and it felt good. It was the right time. Enough so, that I decided to unpack more than I had planned. The very next box I chose to unpack was a box that my helper must have packed for me, because I didn’t recognize the first item I pulled out of it. And then, the next items I pulled out took my very breath away!

Inside the packing box were several thinner boxes, not unlike the box my husband had left on the coffee table earlier that morning. I pulled the first one out. It was heavy and seemed to rattle a bit, and my heart leapt in my chest. It couldn’t be!

I quickly opened the box and gasped. Inside was a brand new elegant set of Chantilly-patterned shiny flatware, one hundred times nicer than the set I accidentally thought was my Chanukah gift earlier that morning! Looking further into the other boxes, I found more matching pieces, and in total, I found twelve full matching place settings, along with serving pieces and two crystal bowls!  The spiritual weight of what had just been given to me was too much. I sat down on the hard-wood, amongst the empty packing boxes and crumpled newspaper littering the floor, and I felt my mother all around me, as if silently hugging me and wishing me a ‘Happy Chanukah’ from across an invisible, ethereal gossamer curtain. I whispered a thank-you to the empty room, as tears silently flowed down my cheeks.

The next night, for our Chanukah meal, we ate with our beautiful new silverware and marveled at the miracle of having been given an amazing Chanukah gift from beyond!