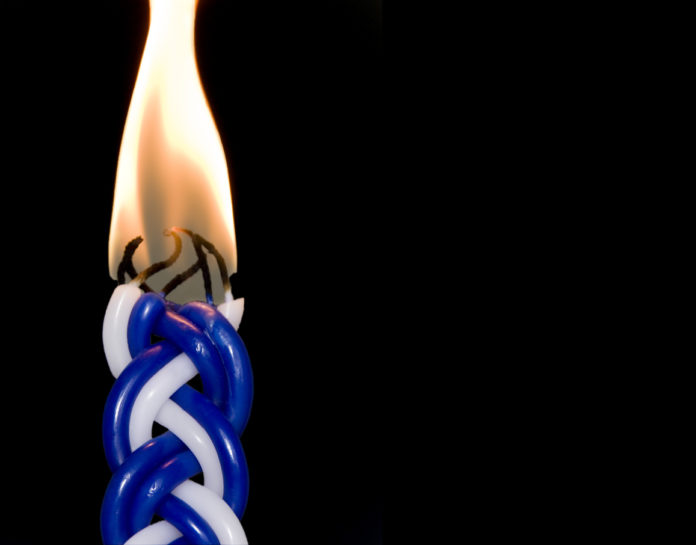 Three stars are shining in the darkened sky as we gather together on a rooftop in the Old City of Jerusalem. I am surrounded by 200 women from around the world who have come to Israel for a week through the JWRP, the Jewish Women’s Renaissance Project, to learn more about their birth right and to connect with their essence as Jewish women. Together, we had just experienced a most inspiring, life-changing Shabbos in Jerusalem. And for most of the group, this was the very first Shabbos they had ever experienced.

We danced and sang Kabbalas Shabbos for hours at the Kotel, and in the morning, we walked through the beautiful streets of Yerushalayim, taking in the holiness and innocence of the people around us, being invited and welcomed into the homes of complete strangers who treated us like family. We were recipients of so much love from everyone we encountered.

There were tears. Many, many tears.  Sweat is to the body what tears are to the soul, and during this week, we women were growing, strengthening our spiritual muscles, working out our inner core.

The culmination of this soul-enriching Shabbos was havdala on the rooftop of the best piece of real estate in the world—the holy Kotel. We were singing and dancing as Ivdu Es Hashem B’simcha was being strummed on the guitar, followed by Oseh Shalom B’mromav, when suddenly, the lights went out. Every light on that rooftop and on any rooftop around us just went black, and any attempt at fixing them failed.

We continued havdala in the dark, and the only light around us was the light from within us and the stars above us. When it was over, we turned our phones on and saw what had happened in Pittsburgh just minutes earlier.

And that’s when I realized that the minute the gunman burst into the shul is exactly when the lights went out.

When we heard the news, my right hand was on the shoulder of a woman who is a member of a Reform synagogue, and my left arm was around a woman who calls herself Conservative. In front of me was someone completely unaffiliated and behind me was a Yerushalmi woman in a headwrap. There were Sefardim and Ashkenazim crying together over the terrible news and comforting each other.

The gunman didn’t stop to consider what type of Jews were in the Tree Of Life shul before shooting them. To him, a Jew is a Jew is a Jew, and it made me think: how do WE see each other? Is any Jew really a Jew? Are all Jews created equal in our eyes, too?

As long as there is judgment, rejection, and baseless hatred among us, we can never have light. There will always be some darkness in our lives.

I thought about the power of the havdala candle. When we welcome Shabbos in, we use two individual, separate wicks. Then we spend Shabbos creating unity; between our bodies and souls, between ourselves and our loved ones, and between us and Hashem. And when havdala begins, we take those two individual wicks and unite them as one—and we start off each week with that unity.

Among the different groups of women on our trip was, in fact, a delegation from Pittsburgh. One woman in our Pittsburgh group lost two cousins that day, and another woman lost her best friend’s father.

And all of us lost our precious brothers and sisters.

The shooting happened during a baby naming ceremony. The following morning, in a gorgeous biblical re-enactment site, on beautiful dessert hills called Eretz B’reishit, we had a Women Naming Ceremony, where anyone on the trip who did not have a Jewish name chose one and received it that day.

And this is what I told the women who turned to me for answers: That being Jewish is not just a birth right. It is a birth responsibility. We are the chosen nation not because Hashem chose US, but because WE chose Hashem! We chose the Torah! And being the Chosen Nation means that we have a responsibility to share that Torah with the world.

“Our job in life,” I said to them, “is to be an Ohr Lagoyim, a shining light in the world.”

We don’t have to do outreach. We don’t have to preach religion to others. We shouldn’t have to force our children, our families, our friends, or our neighbors to keep the mitzvos. We should be following the Torah with so much joy, and the mitzvos should transform us into such wonderful people, so full of love and warmth and happiness, that everyone around us will just want to come live inside our light with us.

The women who lost family members and friends in Pittsburgh were given the option to go home, but they decided to stay on. Their response to the darkness was to shine even brighter! To connect to all the lights around us with unity, acceptance, love and warmth.

Every one of us has a beautiful and unique light to shine. But when all of our lights are individual and separate, there is darkness between them. When we unite them as one, we create a powerful, brilliant light that will be impossible to ever extinguish.