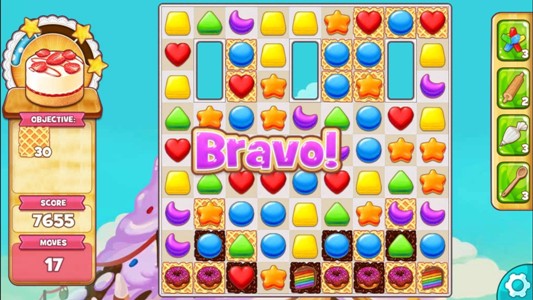 I never thought I would have to say it. The words which cast a mark upon you, those words that make people feel “sorry” for you. The first time I said, “I got divorced,” was so bitter; it was just so painful. To say the words, “my ex,” was too hard; it was like forcing myself to eat something I shouldn’t be. Initially, I referred to him as my kids’ father, my He, He-who-shall-not-be-named, and other such phrases. “Ex” was for other people; not me. Even just the concept of divorce was not me; it was for others.

Standing with my friend after I got the get, I was just numb. Absolutely numb. I couldn’t think at all. When I got home and found a box of chocolates and a gift certificate for a nail salon given to me by my family, I broke down in tears. I just cried and cried. I lay my head on my friend’s shoulder and let it all out. I had always thought that it wouldn’t be hard, that I would get a get and life would move on. But when I actually got it, it hit me like a ton of bricks. I was now one of “them”. I was one of those people who couldn’t work out their marriage and had to separate. I had previously been the one who gave speeches about how important marriage is, and that unless it’s absolutely necessary, there has to be some way to work it out. And now, I had failed at my own speech. I thought I could make my marriage work, but it didn’t happen.

Years ago, when issues first started coming up in our marriage, we had discussed divorce, but nothing came of it. I kept telling myself that that was what I wanted. However, divorce was something that I wanted in theory, but I had no clue about its real ramifications. In my mind, divorce was just a harmless threat—as harmless as a child threatening to run away if you don’t give him what he wants. I couldn’t possibly get divorced, because we were obviously going to work on our marriage.

After bemoaning the divorce factor, I thought about a game I love playing on my phone called, “Cookie Jam”. I’m sure many of you have played it or have heard of it. If not, let me briefly explain how it works. There are hundreds of levels, and you have to get from level to level by completing different challenges. As you go up in levels, they get harder, though some levels are also harder depending if they’re labeled regular, hard or extreme. To help with the levels, you get different game boosters. Some may be used for an hour, others half an hour, and some may be for a day. Either way, they don’t last. Why did I think about that game? Well, let me tell you about the game’s interesting winning factor. Many times, I’ve won a level without all the boosts. To me, that game represents life. We have somewhere to go in life. Life isn’t simple. Sometimes you think it is, but then you get to a bump in the road—an extreme level—and you feel stuck. You look for all the extra help you can get to go on in life, but sometimes it is only by your own effort that you move on.

Thinking more about it, the game really reflects my life, and I think most everyone’s lives. It’s up to every individual to decide how to move on in life, in whatever aspect they’re dealing with. No one can make the decision for them, and no one has a right to make them feel like garbage. Each person is their own individual, and they can decide whether they want to deal with things themselves or have the help of others. In Cookie Jam, they give you boosters as rewards which don’t have to be used right away; they can be used when you’re really stuck. The same is with life. Sometimes, you try over and over to accomplish something, and you just can’t do it alone. You need that extra help. Don’t be afraid to ask for it. Life may start off easy, and you think that you can handle it alone, but that is not necessarily true.

When people try to “console” me—though I’m not sure why—I brush it off and tell them, “It is what it is.” That’s my motto in life. I am not going to beat around the bush. I was given this test, and I have the choice to either bemoan my fate or just to accept it and deal with it. In the beginning, I did bemoan it, but then I realized that I needed to be strong for my kids and myself because my situation isn’t going to change.

So, remember, life is how you play it. You can either be the one that gets so frustrated that you give up the game or you can try over and over until you succeed, whether it’s with the help of others or by yourself. The key is in your hand.