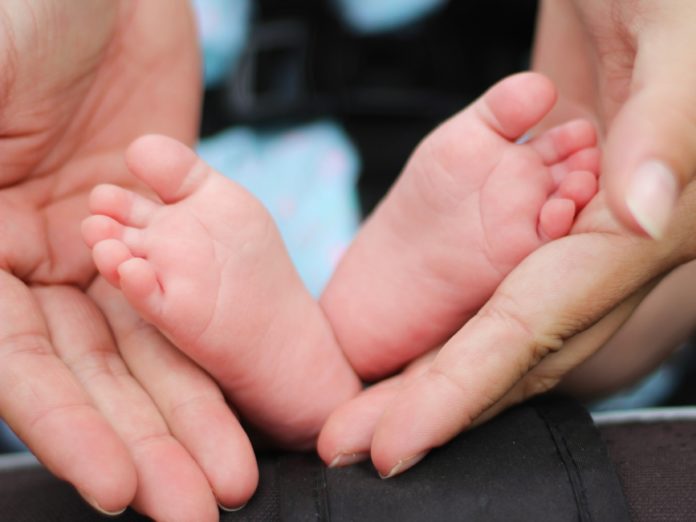 Yesterday afternoon, I was sitting on the porch with 8 beautiful young women, learning Pirkei Avos. We had gotten to the Mishnah that discusses not being friends with someone who talks too much. Several of the girls then opened up, concerned that if they talk too much, are they able to change who they are? This led, a few broken telephone topics later, to the question one girl had—If there is a “nebach” girl in their class who follows her around, making her uncomfortable, what should she do?

It brought me back to my infertility days. I remembered the first cycle we did intrauterine insemination (aka IUI). Every step of the way, I was so beyond amazed at the science and medicine of it. I am, by no means, a science geek. But watching the ultrasounds, and experiencing the side effects of the medications, was a special time. That first cycle, though, I forgot about HaShem and His role in this process.

After that cycle failed, we went out to dinner with friends of ours on a double date. They were trying to pick out sushi, but avoiding raw rolls. I knew they were struggling with infertility too, so I jokingly asked them if they were expecting. And excitingly, they were! So, we asked them, what had gotten them through the process? They responded, “Our emunah,” and I realized, at that point, that’s what was missing for me—I had none.

Quickly posting in my Facebook groups, looking for chizuk, someone pointed out to me a special teleconference on emunah. I quickly signed up!

At the same time, I was having the hardest time with taharas hamishpacha. I know that many people who struggle with infertility can relate. Every month, like clockwork, I had breakthrough bleeding, but no egg or shed lining. Going to the mikva was a reminder that I was not ovulating, and I was not getting pregnant. So, I also decided to take a teleconference refresher course. I was also told of a segulah that if someone hosts a refresher course on taharas hamishpacha, they will get pregnant. So I sponsored someone who couldn’t afford it, to take the same teleconference shiur as me.

In the Emunah shiur, I learned to really talk to HaShem. I learned to almost view Him as a person, and how to really daven. I don’t mean opening up a siddur or Tehillim. I mean, for example, sitting in the waiting room, asking for the nurse to have an easy time finding a good vein, because I am a hard stick. And then after the blood test, thanking HaShem for letting it go so smoothly, and also asking for the results we wanted. Once, on the exam table, I asked for the ultrasound to show that the medications were working, and that we would be able to move onto the next step. Things like that. Instead of being solely amazed by the medicine and science, I invited HaShem to be by my side. But I also didn’t forget my siddur! And the day of the 2nd IUI, I made sure to say the entire Sefer Tehillim, something that I had never done before— and I have been married twice!

At 14 days after the treatment, I went in for a blood test to see if I was pregnant. I threw up all over the nurse trying to draw my blood. When she called to confirm I was pregnant, I started crying to HaShem. I remember thanking Him so much. But I didn’t just say, “Thank You.” I spoke like I was hugging Him and really thanking Him for the biggest gift in my life.

Which brings me back to the young women yesterday. I told them, “You need to talk to HaShem. Voice your concerns for this girl. Ask for guidance on how to handle the situation.” And really, every situation. I can’t say that it was the fact that I said the entire Sefer Tehillim that helped, sponsoring the refresher course, or all the other segulahs we tried. But having HaShem hold my hand made me feel like, no matter what happens, we would be okay.