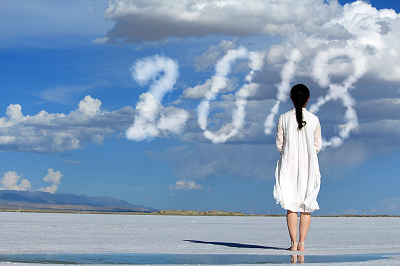 Today I realized that 2018 is almost over. My initial reaction was, Thank G-d! This year has been rough for me, personally. But after that first thought left my head, it was replaced with something else. A feeling I could not even label. Pride, maybe? It was a feeling of, Wow, after my rough and tough year, I really like where I am at. I like what I have learned.

My year started with being diagnosed with a rare autoimmune disorder. This included six weeks away from work, the emotional roller coaster of navigating my diagnosis as a single mom, dealing with my own mortality at only 33 years old, and an absurd amount of new doctors and medical tests.

But…it also came with lessons of what true friendship really is, meeting an insane amount of people in my community that are full of chessed, learning how much inspiration and chizuk strangers and relatives alike are able to impart, and the well of strength I found in myself which I never knew I had.

I met so many pure angels who were willing to watch my kids while I was in the hospital, pick up groceries for my family, and do carpool for me—while expecting nothing in return. JCN (Jewish Caring Network) sent me Shabbos meals every week FOR SIX MONTHS. They also sent volunteers to help with my kids when I really needed it.

My friends and I became much closer. It was so hard for me to ask for help, but after breaking down that barrier, I realized that chessed is good for both the giver and the receiver. And as a result, my relationships with those who I shared news of my illness with flourished to new heights.

Sharing my pain and my struggles with others who were living with chronic illness helped not only me, but them as well. I made new friends with people I would have never met or spoken to if not for the fact that we shared a similar, albeit difficult, experience.

But by far, the biggest gain of 2018 was within me. I am so much stronger now. I am so much more compassionate, understanding, vulnerable, and patient. With others—but also with myself. The lesson of patience is one that I am still learning, but probably the most valuable one of all.

In the same vein, I look back at the world’s year, and I see terror and natural disasters and public figures fallen from grace. But I also see the helpers, the chessed, the people who came together in unity who had never so much as noticed one another before. And I see lessons that we can learn together as a world, as a country, and as Klal Yisroel.

So my hope for 2019 is this: that we are able to gain these insights—not through tragedy and tribulation—but through charity and triumph. And that the lessons we learn help us discover our own strengths. May we all be in the giving position this year. But if we need to be receiving, let’s see it from a different perspective—not one of weakness, but of special opportunity for growth on both sides.