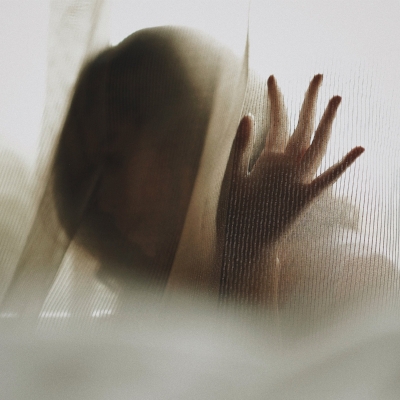 A couple of months ago, Kate Spade, the famous pocketbook designer and fashion icon, committed suicide. She was worth over $150 million. She had a husband, a daughter and a fabulous Manhattan apartment.

You may ask—why? She was so successful, wealthy, always smiling and creating—why would she purposely want to leave this world? The simple answer? She succumbed to her illness. It may not have been cancer or pneumonia, but Kate had an illness called depression. And she didn’t treat it because of how society would view her if she did.

Mental health illnesses vary, from depression to PTSD to anxiety to bipolar disorder and many others. Within each of these, there are varieties and “levels”.

The word “depressed” is thrown around, together with hungry and thirsty. We almost make a joke out of it, because who wants to admit to having the real thing?

Despite the fact that 1 in 5 Americans suffer from a mental health illness of some sort, we still stigmatize it so much that even someone who is ready to kill himself won’t seek help because he doesn’t want to be “that” person. We ignore our symptoms; we ignore our body’s call for help, because it isn’t accepted by those around us. We crave support, and our bodies beg for neurons and chemicals to balance out what is missing, but we choose to make those around us feel comfortable in their ignorance of this disease, instead of truly doing what we need to do for ourselves. We feel ashamed, embarrassed, scared of society.

It took me many months to accept that I was “crazy”. I use that word because that is honestly what I thought I was; I had given in to my body. I wasn’t the super mom I should have been, I wasn’t appreciative of what I had—a family, a job, a dedicated husband. It took months of feeling alone and miserable until I finally told my husband that this just could not be the way anyone is expected to live. Silently, I went to see a psychiatrist. I hid my face in my hoodie in the waiting room. I told my friends and family that I had a “regular doctor’s appointment”. I ignored the questions about why my phone rang at 7:30 pm, nightly—who wants to share that they are “mental”?

It took several more months before I realized the hypocritical life I was living. I pride myself on being open and honest—able to talk about anything, there to help anyone. So, I slowly opened up. When my phone alarm rang, I announced that it was time to take my medication. When at a party, I chose to answer the question, “Why won’t you drink?” honestly—because I just took my medication, and I have to watch my alcohol intake.

And just like that, all the fears I had, all the worries about the reaction of those around me, came true. Every stupid comment that you can imagine someone saying to me, I got. I was told it was my diet or my outlook on life, I was told to read books on feeling happy and to take natural supplements and herbs.

I try to look at these suggestions as ignorant, as opposed to stupid, but stupid they are. We live in a world where Google is second only to food, where information and knowledge are a mere click away, yet we have stigmatized something so common—a situation in someone’s body which she has no control over.

I often wonder why we cannot be accepting of others’ situations when we don’t understand them. Are we so self-involved that when someone tells us they suffer from something we know nothing about, we can’t just be there, and care, and maybe even venture into educating ourselves for the sake of our neighbor/friend/brother/cousin? Why do we have to make light of the situation? I honestly cannot think of a reason that we would be like this, other than societal pressure—and why is there pressure on a normal, common illness?

It says in the Torah, “Ve’ahavta lerai’acha komocha – Love your neighbor like yourself.”  If your neighbor tells you that she has depression, how would you react?

We have come a long way from the days when special needs children were locked away, hidden from society. We have moved past the days when cancer was not spoken about for fear of…catching it? Depression and anxiety are not contagious. Mental illnesses are not contagious. We have learnt to accept that some people need hearing aids, some need glasses, others break their arm and must wear a cast for 8 weeks…we accept that, and we understand it. We have to learn to accept that, just because something is invisible, does not mean it doesn’t exist. We have to learn to understand even that which we don’t have any experience in.

I am reminded of the familiar question—if a tree falls in the forest, and no one is around to hear it, does it make a sound? “Of course,” you will answer. We hear the noise if we are there, and we don’t if we are not, but the action still creates the same sound.

An illness that is not visible to the naked eye does not mean it doesn’t exist. If we look closely, it is visible. People are suffering; some keep it deeper down than others, but trust me, it is there. Our chemicals are imbalanced, or as I like to say, we have a super strength, and we need more neurons than we can create. Baruch Hashem, thank G-d, these neurons are available to us, just like formula is available for babies that need a supplement to mother’s milk. There should be no stigma or “black curtain” thrown over people who take those pills. A psychiatrist’s office should have a mandatory dress code of superhero capes for anyone that is approaching. We are super-humans—what is there to be ashamed of?

For those of you who are reading this and thinking, ‘Ok, very nice, she wants those that need help to get it without feeling bad. Fine, but this doesn’t relate to me.’ You’re wrong—it does! Because every time you throw around the word “depressed” as a joke, every time you make light of someone on medication or someone who mentions they see a therapist, every time you silence your child, sibling, spouse or friend who displays symptoms, or says they are concerned about having a mental health illness, you are pushing their feelings back into the dark hole that tells us we don’t matter—that we are better off to just be quiet and stay away. And we all know how that story ends.