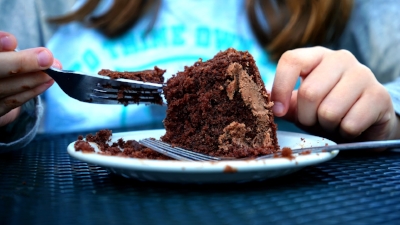 This year, heading into Rosh HaShana and Yom Kippur, there’s someone I really need to work on forgiving. I know she means well, I know she tries, but this person disappoints me time after time. She is often late, sometimes careless with her words, not always in control of her temper, and she is easily distracted and unfocused when we are together. She does things that put me in awkward situations time after time, she loses my things and complicates my life in so many ways. We’ve talked about her behavior so many times, and each time we do, she promises to improve. She lays out a plan for me, goes over the steps she’ll take to improve the situation, and yet, I find it doesn’t change. Well, not enough anyway. Perhaps my expectations of her are too high, but I see that so many other people in my life are able to live up to them, so why can’t she? I feel like I have given her so many chances over the years but she just can’t get it together. This year, though, I’ve decided that it’s enough, and I really need to cut her some slack. I’ve decided that if to err is human and to forgive is Divine, then it’s my job to access my Tzelem Elokim, my Divine Spark, dig deep, and forgive her. This year, I’m finally going to forgive myself.

We’re told that tzedaka starts in the home. In the same vein, I believe that forgiveness starts with the self. I’m not talking about the kind of forgiveness that makes excuses for bad behavior, rather, the kind that lets go of past mistakes in order to free ourselves to become the people we are truly meant to be. How many women do you know, yourself included, who are quick to forgive others, and yet are their own harshest critics? I hear too many voices with the same refrains of self-doubt, self-recrimination, self-sabotage, and sometimes even self-loathing. Whether it’s disappointment that we work too much and mother too little, or mother too much and work too little; our house is too much of a mess that it’s not good for the kids, or that we’re so obsessed with keeping it clean that it’s not good for the kids; that we’re too fat, or that we’re too thin (hey, that could be a thing!); that we’re too involved with the community, or we’re not involved enough; that we’re always late, or we’re always stressed, or we’re always irritable—it all boils down to us never being enough. We’re never enough for ourselves, and we don’t let ourselves forget it.

I can only speak for myself, but I know I’m not alone in struggling to find the work-life balance. I know I’m not the only one feeling inadequate as a mother, inaccessible as a friend, inattentive as a daughter, and irritable as a wife. We all have an area in which we feel we are failing miserably, and we judge ourselves harshly for it. While I am certainly not advocating resigning ourselves to behaviors that we feel are less than becoming, nor am I saying that we are who we are and can’t change, I know that real, lasting change very rarely, if ever, comes from a place of guilt, fear, anxiety, and hate. When we fail to forgive ourselves, we can easily slip into that place, and develop the low self-image that makes growth and transformation nearly impossible.

As a mashal, I remember when one of my babies turned one year old, and we threw a little birthday party for her. Though there were only 20 people there, I ordered a cake big enough for 40 and had a ton of leftovers that I stored in my fridge. I hadn’t lost all my baby weight yet (I still haven’t and she’s 13!), but I was trying, so that cake was a huge no-no. One morning, I opened the fridge, and it was just calling to me, so I took a small piece. When that piece was done, I felt so badly about myself because I had caved that I figured, “Hey, I’m fat, and I clearly have no self control, so why does it even matter? Just go for it. You’re going to eat it anyway.” To make a long story short, if my two older kids hadn’t come into the kitchen asking for cake themselves, I might have eaten the whole thing.

Why do I tell you this slightly embarrassing story that has actually made me hungry for birthday cake? Because it is a perfect illustration of how, rather than forgiving myself for the small piece of cake—valuing myself as a human being and moving on with my life—I judged myself into making one bad decision on top of another, because—who was I kidding—I was going to do it anyway.

It’s that way with so many things in life. Rather than forgive ourselves for an outburst at our children that we didn’t really mean, and we know isn’t the way we should, or want to act, we berate and belittle ourselves for it, demean ourselves, feel guilty and make ourselves prone to repeating the behavior, even though we know we shouldn’t. Am I advocating for yelling at our kids? I suppose that really depends on the day and the kid. Haha. Just joking. Of course, I’m not advocating for that! And I don’t mean that we should forgive ourselves in the carte blanche, I-can-do-no-wrong-and-therefore-should-never-feel-badly-for-anything kind of way. What I mean is, that feeling badly tends to hold us back, rather than propelling us forward. Real forgiveness, like the kind we ask for from Hashem, the kind that assumes that we are far better than the action we just displayed, and that we absolutely can and will do better next time, builds up our self-esteem, and has the potential to transform us into the people who won’t snap at the kids, or be late, or gossip the next time we’re in the same situation.

We know that when we turn to Hashem to ask for forgiveness, He will treat us middah k’neged middah, measure for measure, based on whether or not we are forgiving to others. If we have a hard heart and a stiff neck towards His other children, why should He be any differently with us? This year, when it comes to forgiving, let’s not forget that we, ourselves, are Hashem’s beloved children too, and extend the kindness and healing of forgiveness to ourselves as well.