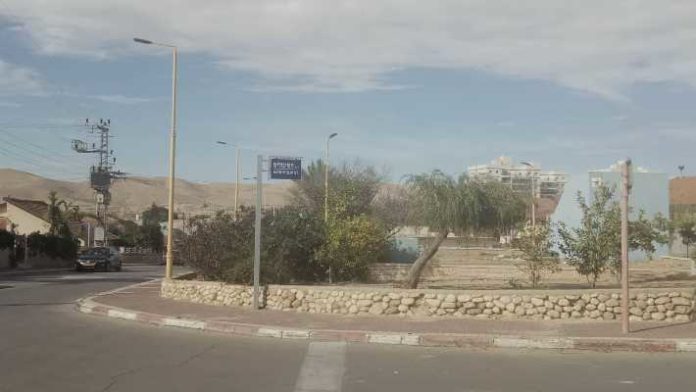 My husband and I moved to Ramat Bet Shemesh after we got married. We rented a very affordable one bedroom apartment. At first we loved it: lots of English speakers, Torah classes in English, a wonderful rav (also a native English speaker). When I got pregnant with our first, we started looking for a larger place. We moved to a lovely 3 bedroom apartment, which at the time had a very reasonable rent.

Every year, when it came time to renew our contract, the rent went up. Add in the extra expenses of a growing family, and we began to feel the financial strain. Then came the time for gan (preschool).

When my daughter was turning 4, we had to move her from a private gan to a Bet Yaakov gan. The rejections started to roll in: “You applied too late.” “We can’t accept your daughter due to your profession.” (I am a martial arts and self-defense instructor. I have spoken to rabbanim who see no problem with this, and one who even views my teaching as a mitzva. One of the school’s rebbeim told the school not to reject our daughter because of this, but it didn’t matter.)

We spoke to our rav, and he said we may be experiencing bias due to our Yemenite last name and suggested that perhaps we would have better luck applying under my Ashkenazi maiden name. I personally found the idea appalling and was revolted by the thought of this kind of discrimination. Did I even want to be part of a system that was so discriminatory? We decided not to go with this suggestion.

As for my almost 3 year old son, we got accepted, but the monthly tuition was astronomical (ok, maybe not by US standards, but certainly by Israeli standards and living on an Israeli budget). They were asking for 490 nis (about $130) per month, and we had to pay for 12 months. This was for a gan that only ran until 1 pm, and did not include food or transportation. We have another son 2 years younger, and they gave us no guarantee that he would also be accepted. If he wouldn’t be accepted, that would mean we would have to start the process all over again and find him a different gan, and we would end up with 3 different children in 3 different schools (that is, of course, if we ever found one for my daughter). If he was accepted, that would still mean we’d would have to pay almost 1000 nis per month—just for our boys’ preschool.

Furthermore, I was told by parents of older children that we get to play the application game all over again for elementary school, and then again for high school/yeshiva.

Not to mention that the real estate market had skyrocketed, and barring an open miracle, we had no hope of ever owning our own home in RBS.

We had been toying with the idea of moving south for quite some time. With all of these factors coming together, we got serious about it.

A bit over 6 years ago, we did it. We packed our bags and moved to Dimona (half an hour south of Beer Sheva). Yes, the “secret nuclear reactor” is here. No, we’re not radioactive.

There were definitely challenges. My mother-in-law and parents had made aliyah and moved to Ramat Bet Shemesh. While we are fortunate that my parents chose to follow us to Dimona six months later, my mother-in-law stayed in RBS. We are farther from Jerusalem, and I have missed many simchas because it was just too far or difficult to attend. My husband had a very nice peer group of Anglos in RBS, and he has not been able to find the same camaraderie here. But my children are thriving here. When we moved, we had 3 children, ages 4, 3, and 1. They adapted right away. Since we moved, we have been zocheh to have 3 more children. All of our children love living in Dimona. They have friends here. The older children often play outside and go to visit their friends.

The school that we chose for our children is welcoming and accepting (not to mention significantly more affordable). The classes are small (between 10 to 20 kids per grade). I feel like they truly value each student. The application process was so different than what we had previously experienced. I asked the secretary, “How do I apply for preschool?”
“Fill out this form.”
“And then?”
“That’s it.”

When the time came to send my oldest daughter to first grade, there was only a brief interview with the principal—more of a getting to know you and an explanation of school policy. My oldest daughter is now in fifth grade and my oldest son is in 4th. Their school continues through high school. When I hear the horror stories about people trying to get their children into high school, I am so grateful that we won’t have to go through that.

I personally relate to the women here much better than in RBS and feel more accepted, even with the language barrier. It is certainly hard as an oleh to live someplace with only a handful of English speakers. However, my Hebrew has improved dramatically, and my family has integrated into Israeli society much better than we ever could have had we stayed in an “Anglo bubble”.

Dimona, while not a predominantly Orthodox town, is very traditional and does have a pretty significant religious population. There are six religious schools here, three mikvaot, kollelim and a Hesder Yeshiva. Almost all of the restaurants and supermarkets are kosher (at least Rabbanut), and there is plenty of Mehadrin items available as well. There are fewer cars on Shabbat than in Jerusalem. I find that the division and tension that one often finds between the secular and religious, and even dati leumi vs charedi, barely exist here. For the most part, everyone just seems to get along.

I think it’s a shame that more olim don’t even know Dimona exists, never mind viewing it as a viable place to live in Israel. In fact, my parents and I met with Nefesh B’Nefesh’s Go South program to talk to them about Dimona. They came to take a tour of Dimona, so that when they talk to prospective olim or olim who may want to move, they have enough information on Dimona to present it as an option.

Just this year, my family was, Baruch Hashem, finally able realize our dream of owning our own home. We bought a house for much less that what apartments “in town” cost. I am so grateful that we moved here. It is so much better for my family to be living “out of town”, and I am so happy we took a chance on it.

If anyone would like more details, or would perhaps want to consider moving out of town themselves, they are welcome to contact me through Nashim Magazine.

My 10 year old daughter’s perspective on living in Dimona:

Dimona is very quiet. I love living in Dimona. I love all of my friends and my new house. I want to stay in Dimona.