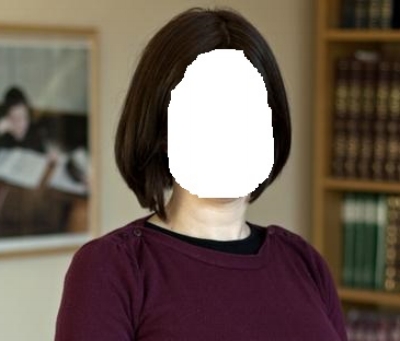 From the Yated to Mishpacha, our publications have presented the Jewish world with a definition of what it means to be a modest woman. She’s not in print.

If one has trouble with these assumptions, two options can be considered. One, do not buy the magazine. Two, purchase the magazine but tell ourselves and our children that this policy was created out of sensitivity to those whose practice is not to see pictures of females in print.

However, what has come to the surface in recent months is the recognition of a communal fallout due to not printing pictures of women in frum publications. Awareness is one of the primary goals of the initiative started by yeshivish women to put pictures of women of all ages back into frum media. Certainly, one has the right to not bring pictures of women into one’s home if that is his or her practice, but it is nevertheless important that the Orthodox community at large is aware of the messaging, both psychological and religious, that this practice communicates to men, women, and children.

Confusion about Modesty Standards and Practices in Mainstream Orthodoxy

My friend’s granddaughter was building with Clics and the child was overheard saying that she couldn’t take her picture with her creation to be put in the magazine because “it’s not tzniyus.” This was a girl under age 10 from a non-chassidish background. Why should she think that her picture is not tzniyus?

What is tzniyus? How is it defined? What is required of us? We should know what is halachah, minhag ha’makom, and chumrah, and our children and teenagers most certainly should know as well. Are we teaching our children that the Torah prohibits pictures of modestly dressed women and girls above seven? If it is a minhag among certain sects, then how has it become the norm in Litvish circles where apparently this has never been the mesorah? (See issues of the now-defunct The Jewish Observer, a magazine published by the Agudah which ran from 1970 until 2008.)

When our publications tell us that featuring pictures of nine-year-old girls is unacceptable, things get a bit confusing. Even if the magazines are following the most stringent approach so as to not lose the most right-wing subscribers, the message is still delivered to the rest of us that pictures are immodest. And it’s not just children. Our publications are teaching all of us, both men and women, that there is something not right with printing pictures of females. It has become the new societal norm. This can lead some people to think this practice is mainstream and halachic. And when rabbanim are not willing to go to print in stating unequivocally that this practice is not halachic, the lines are blurred even more.

Unhealthy Messaging Regarding the Visibility of Women Being Inappropriate

Rabbi Ilan Feldman, Rav of Congregation Beth Jacob of Atlanta, made the following statement in support of the recent online petition in favor of printing women’s pictures in chareidi media: “The refusal to publish women’s pictures is the ultimate irony. In the name of modesty, women are objectified, turned into objects who cannot be portrayed at all in public. It is as if their physical existence is an invitation to sin. The ultimate degradation of women.”

Interestingly, women from all over the Orthodox spectrum, left to right, are sharing the same uniform message about how the lack of images of women are a detriment to a healthy Orthodox society. The message to women is that even our faces and our covered bodies are too much. The message to men is that even modest women are too much. And the message to boys and girls is that women need to be out of the picture because for some reason, it’s a problem for men to see them. This is called oversexualization. Many wonder if the next logical step is that women should not even be seen in person. Certainly, this is not the message we need to give women and young girls today.

Tzniyus education is a challenge in this day and age. A rebbetzin and parenting coach once told me to not even use the “T” word when discussing modesty with my girls. As girls and grown women observe the world around us, whether through a walk in the mall, a perusal of a catalogue in the mail, or spending some time online, it becomes clear that dressing tzniyus is countercultural to the outside world. For many, that may pose a struggle.

The last thing we need, to add fuel to the fire, is the steady message that even when we do dress modestly, we should not be seen. Doing what is required of us according to halachah is monumental in this generation; girls and women don’t need the message that it is not enough. They need images of tasteful and refined women to show them that they have something to be proud of. And in the world of print and online media, in-person role models may not be enough.

With the pressures of externals evident in our culture, and the unabashed consumerism that infiltrates even the most religious of our communities, women, girls, young men, and men would benefit from having images of realistic and modestly dressed frum women and role models available to them. When they flip through the pages of a magazine, they should be seeing our unostentatious religious women and mothers who are not in print to serve as models but are there to serve as role models. As the pendulum swings further in both directions, our communities struggle with two extremes: modesty and flashiness. What could be if our magazines decided to combat these trends and offer images of the inspiring, tzniyusdik, Torah-devoted women they write about? Something powerful.

The Extremist Portrayal of Orthodox Jews

Imagine a potential ba’al teshuvah who picks up a weekly mainstream Orthodox magazine to learn more about contemporary Orthodox Jews and culture. Between the advertisements and articles, there is not a woman in sight. There is an article about a family vacation with a father and young children, a tribute to a rebbetzin with the picture of her husband, an ad for a children’s book featuring a Shabbos table sans the Ima, and an ad for a yeshiva dinner honoring a couple but only showing the male honoree. Maybe the potential ba’al teshuvah might recognize that this is due to religious Jews’ sensitivity to modesty. But wait. Then there are the many advertisements featuring luxury condos in Jerusalem, exclusive real-estate opportunities in Miami, expensive vacations in the Alps, designer-clothing boutiques, and an assortment of high-end home-improvement ventures.

The absence of women in our publications looks absurd at best and backwards and Talibanic at worst in the eyes of the non-religious. It makes religious men appear as if they are lacking a normal level of self-control. It feeds into the stereotype that Orthodox women are second-class citizens, that they are not heard and are literally not seen. Not publishing pictures of our modest Jewish women fails to create a vision of a religious society that is inclusive of women in a healthy way, one which reflects our Jewish values as well as the respect the Torah has for women. It can’t be easy for contemporary, educated, and accomplished men and women to see past this when considering whether to embrace Orthodox Judaism.

A Lessened Presence of Women in Orthodox Communal Life

In Orthodox communal life, our women run chesed organizations, PTA boards, and mikveh associations like CEOs. There’s no stopping what a frum woman can do, and sometimes this exact “do-it-all” example of the frum superwoman causes a pressure to do it all for everyone and everything. However, not publishing women’s pictures in ads and publications results in a lessened public presence of women in communal life. For those women interested in contributing to their communities in ways beyond PTA, the message needs to be conveyed that their contributions are valuable in the Orthodox communal scene. That conversations on communal issues can and should include them as well.

What does this have to do with not publishing pictures of women? Visuals are compelling. Pictures are a way of communicating what and who we feel is important. While the faces of women have been erased from Jewish life in print, we cannot allow that to give women of all ages the message that their talent, intelligence, and insight are not equally valuable and respected. We cannot afford to leave our young girls and women out of the picture–and the conversation.

According to Mrs. Yaffa Palti, the essence of the Torah hashkafah towards tzniyus can be rooted in the Hebrew word for face, “panim.” At its root, panim is almost identical to the word “p’nim” which means “innermost.” Who we are–our spiritual essence–is expressed through the face. The point of tzniyus is to be able to connect to the beautiful inside of a person without the distraction of externals getting in the way.

Women have never had the tradition to cover our faces and, please G-d, never will. By excluding women’s faces, their essences as nishei chayil are disregarded. It is a mistreatment of our value of tzniyus. To emphasize the external and deny the internal is most certainly not in our tradition either.

At the very least, put the faces of our women back in.

*This article was originally printed in the Five Towns Jewish Times.