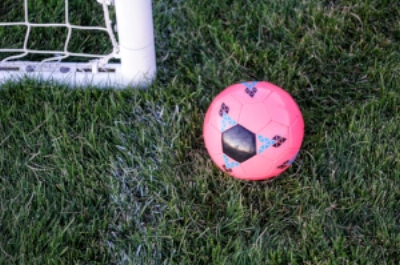 A missed call came from the school nurse’s office. That message that you tense up listening to.

I have five kids: three boys and two girls. Through the kindness of Hashem, we have avoided more than our share of ER visits. They are happy, active kids, running around, climbing, playing, hiking, being athletic and adventurous. With the genders and assortment of the children I have, with the dare-devil tendencies and the obstinacies, it is a miracle that it took this long to get this call.

My daughter was playing soccer. She was the goalie. She was trying to catch the ball with her hands when a child kicked her hand instead of the ball. She saved that goal, but her finger got broken. It was bruised and swollen. She was in pain, terrified of what it means to have a broken bone.

But she was not afraid to play soccer. She really wanted to know at the urgent care whether she would be able to do gymnastics the following day. (She could not—what a bummer!) She was attempting to get on the trampoline with her brothers as soon as we got home. She was exploring what it was like to eat and write as a leftie. I certainly hope that she goes back to playing soccer once her finger heals.

We tell our daughters to be ladylike, to be tzniut, to be careful, to watch themselves, to be a proper Bat Israel. I want my daughters, more than my sons, to internalize that they are capable, they are strong, they can do anything that they set their minds to. The bumps and bruises, and even broken bones, are battle scars in learning just how much they can accomplish if they do not limit themselves.

I want my daughter to be modest, to value what is on the inside, to develop her internal worth. But being modest is not equal to being timid, shy or afraid. It is hard to develop a strong core, worthy of protection, if one does not deem herself strong enough to protect it.

I dreaded getting that call from the nurse. I ached that my child was in pain. At the same time, I am so proud that it was my girl who was being so strong, doing what she liked, instead of sitting out and playing house. She will have more than one occasion in life when she will have to make a choice to stick her neck out and possibly get hurt, or ponder on whether it is a lady-like thing to do. I hope that she is developing that courage for when she will need it.