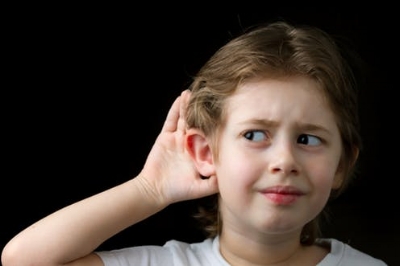 Listening is the core skill in communication– a skill that all humanity can benefit from possessing. Indeed, think of what it feels like to be heard, to be understood. Listening conveys to the speaker, not only that what they have to say is worth attending, but that they are worthy of one’s attention.

However, while the above is true and essential, this article is not so much about listening to our children (the value of which cannot be overestimated), but rather, realizing what they hear from us. We, as parents and grandaparents, aunts and uncles, and friends, need to attend to what our children hear from us.

IT ALL STARTED AT THE DINING ROOM TABLE:

It was a memory that remains indelible. As the youngest of 10 grandchildren in a close-knit New Jersey family, and the youngest of four in my nuclear family, I spent a good deal of time observing. The year was approximately 1969, and I was about nine years old. Several relatives, including my mother and her three sisters, my really wonderful aunts, had settled into their respective seats around the dining room table of our home. While smoking their True brand cigarettes and sipping their black coffee, the banter was about everything from recipes to the Vietnam War to the inflation and Nixon to…to…someone’s abortion? My Aunt “Lucy” had very innocently made mention about a neighbor’s or (was it a celebrity’s?) abortion, when my mother instantaneously shot her older sister a sharp and piercing look with her strong hazel eyes that insisted, that communicated, that the topic should be dropped. Not angry with her sister, but clearly determined to draw the line, my mother knew her audience.

As for me, I knew right away that a boundary had been crossed and that I was not meant to know what an abortion is. Not yet, anyway. From that 2.5 second interaction (interface), I, too, “got the memo”—that my mother was determined her daughter would maintain her innocence, her childhood, and that she would be my gatekeeper. I knew that the sudden, but loud, silence was due to my presence. I also kept silent. In the direct aftermath of that get-together, I did not ask my mother what my aunt had meant because I knew from her that it was not my time to know.

Kids do hear the darndest things.

AND THEY SAY THE DARNDEST THINGS TOO:

Some of you may have heard of a television series, originally aired decades ago by an American entertainer named Art Linkletter and subsequently by another entertainer, Bill Cosby. Their show was called, “Kids Say the Darndest Things”. Should you choose to look it up, you might find yourself bent over in hysterical laughter, wowed by the hilarious statements of adorable and imaginative children of many ages. The TV and live audiences were delighted by the witty and engaging conversations between the host and these expressive children. The children’s clever statements were reflections of their personalities and their naive and fruitful imaginations, but also expressions of their perceptions of their universe and their lives.

And how do these perceptions take form?

Seated in the back of a large elementary/middle public school media center, my colleagues (mostly teachers and administrators) and I (the school social worker) were asked the following unclear question from the speaker: “What is the one word that you would attribute to that of educating a child?”

My fellow educators suggested “Love”, “Giving”, “Support”, “Heart”, “Fulfillment”. And then it was my turn to answer. “Influence.” The speaker repeated it, “Influence.” I nodded yes, an emphatic yes.

When we educate as professionals, or as parents, we influence, shape and cultivate our child’s experiences and views of the world. Ponder for a moment the concept of discipline, which we all know is rooted in “disciple”—meaning “student”. Parents are the #1 teachers, in actuality. All that we do and say influences our lifelong “students”. Our learners learn, and internalize, and believe all that we impart through our verbal and nonverbal cues.

LET’S AGREE NOT TO BELIEVE EVERYTHING THEY IMPART:

30 years ago, when my oldest son was entering kindergarten, the head of the Early Childhood Education Department stood before the young and conscientious group of parents at Back-to-School Night and said the funniest thing, catching us all off guard. “We won’t believe everything your children tell us about you, if you don’t believe everything your children tell you about us.” The uproarious laughter that emanated from the audience of 40 or so parents was that of “knowing”. “You got it,” we essentially responded as we laughed, because kids really do repeat the darndest things. How often are we misquoted?

But the serious side of that fact is that what our children know and say is a reflection of what they learn, hear and experience from–you got it…us! By us, I mean teachers, as well clergy, adult family members and close friends that populate our homes on a regular basis.

And so, yes, this is about listening to ourselves.

And as you do, ask yourself who formed your opinions. Sit with that for a few moments. What do you come up with? Who taught you directly, or indirectly, to do or not to do, to say or not to say, to act or not to act?

Take a moment to pause, reflect, and remember how comments from adults in your life influenced your views of others. Perhaps you recall a dinner conversation, as I mentioned above. Perhaps comments were expressed about a neighbor, a teacher, a community member or leader? How did that impact your impressionable mind? How did it influence you today?

In my private practice, I remind the parents I have the privilege to work with that we are all teachers, and we are all learners and communicators. We all have to improve and become better listeners.

So, let’s honor the value of editing, filtering, and considering before we speak. Consider the audience, and recognize the power and responsibility we have in shaping young and innocent minds.

Pause once again, and ask yourself first—how would it feel if what I said was overheard by someone I deeply respect?

How would I feel if I heard a recording of how I communicated with a child?

Kids do say the darndest things—perhaps that’s because that’s what they hear…from us.