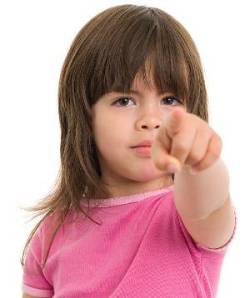 Q: I have a dilemma. My son is almost 5, and he sometimes mentions someone in his class or people he sees who “have a fat stomach.” Instead of saying that the person isn’t fat (which is untrue), I’m trying to respond with things like “that’s fine,” or “Hashem made everyone different,” but on the other hand, I still need him to know that people would feel bad if they’re told these things. Isn’t he getting the message that “fat is bad” along the way? It’s all so confusing.

A: Thanks so much for reaching out. It’s a great question, and it’s a confusing world. The truth is that kids will comment on anything that’s different. If they are used to being around white people, they will comment on seeing someone who is black or biracial. If they’re used to being around shorter Jewish people, they will point and comment if they see an exceptionally tall person. And if they see someone who is larger than most, they will likewise make a comment.

It’s important not to make our kids feel bad about these observations for two reasons. First, there is nothing wrong with observing that someone is large, small, in a wheelchair, has a facial aberration. Being curious about that which is different is a natural human response, and this is how children learn about their world. We don’t want to squelch our kids’ natural and unbiased observations. Acting as though it is shameful actually reinforces to our kids that those things are bad or repulsive. Second, if we do inadvertently make them feel bad for asking, they will learn to stop asking, effectively shutting down opportunities for important conversations about racism, acceptance, and kavod habrios—which are very important conversations indeed.

So let’s make sure we approach these observations with, “Great questions! Isn’t it interesting how we are all different? I’m so glad you asked me! I love to hear all the things you think about!”

There is nothing wrong with being a person of color; with being unusually tall or short; with being unusually large or small. It is important that kids (and adults) get the message that there is a variety of people in this world and that the appearance of our bodies is not the most interesting thing about us, nor is it what Hashem cares about.

Interestingly, the Chofetz Chaim says that it is technically not lashon hara to say that a person is ugly. Why? Because your looks are something that you are born with. Being short, tall, unattractive, or having a facial deformity does not reflect badly on a person at all. It’s not a choice you made; it’s not a character flaw. However, he continues, a person should still not say those things about someone. Why? Because in our society, in our culture, people can THINK that those things are negative, so the subject would feel hurt if others spoke of him that way. Although we shouldn’t, we do care about the shapes and looks of our faces and bodies, and we must not cause pain to others.

So while body sizes and shapes are inherently neutral, we must teach our children to be careful how we comment on other people’s bodies because it might make them feel bad. Likewise, commenting on someone’s thinness, which many consider a compliment, can cause harm too.

So if your child comments on his classmate’s “big stomach,” what he is really saying at this age is, “That looks different to me. I’m not used to that. Help me process it.” I love what you said to him so far—that Hashem made us all different—but I think this is a golden opportunity to impart much more wisdom. Consider these questions to spark conversation:

If you had a fat stomach, would you want kids to talk about it? Do you know that sometimes kids are mean to kids who look different? Why do you think kids act mean sometimes? Is this boy nice? Is he a good friend? How can you be a good friend?

Here are some pieces of wisdom that I would try to impart:

We all look different. It’s OK to be curious about that. Nobody likes when others stare, comment, or point. Let’s practice and role play. How you act is much more important than how you look. Some people are fatter than others. That’s OK. Some people are very skinny. That’s OK too. If kids make fun of someone, it’s your mitzvah to be nice to that person. I’m so proud of you for being kind. I always want you to ask me questions. I will always love you no matter what.

Hatzlacha rabbah! Your child is very lucky to have such a thoughtful mother teaching him these important truths about bodies, souls, kindness, and friendship.