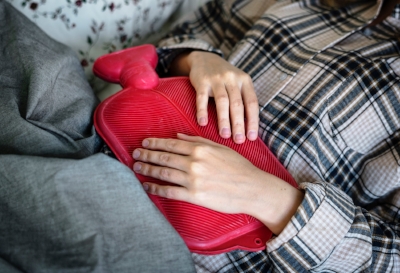 It was the year 2003, and I was pregnant with my first child.  Other than migraine headaches, seasonal allergies and a bad case of mononucleosis, I had yet to encounter a medical condition that didn’t respond to rest and some simple medication.  Now however, during my first pregnancy, my life was about to take an unexpected medical turn, as I began a journey with ups and downs and twists and turns, showing me every color of the rainbow.

At 16 weeks of pregnancy, I was diagnosed with an autoimmune disease called ulcerative colitis, which causes inflammation and ulcers in the large intestine.  Initially, I began to respond to the medications I was given, but soon the symptoms returned, and I was placed on prednisone, a harsher medication which is known for being quite effective at decreasing inflammation in autoimmune diseases.  I was not happy about taking so much medication during pregnancy, so I pleaded with my doctor for an alternative solution, such as a dietary approach.  My doctor informed me that although ulcerative colitis was a disease of the intestines, it was not believed that diet had any effect on the disease.  As a matter of fact, my doctor encouraged me to drink milkshakes while pregnant since I was losing so much weight.  However, “my gut” was telling me that dairy and colitis don’t get along.

It would be many years before I would finally give a voice to what my gut-feeling was telling me: diet does have an effect on ulcerative colitis, and many other autoimmune diseases as well.  However, that voice inside of me would be buried for a long time, as I encountered a series of life-changing events that left me little time or desire to investigate the dietary connection to autoimmune diseases.

After my disease finally stabilized on steroids, my pregnancy took a dangerous turn, and I was diagnosed with preeclampsia.  My son was subsequently born two months early at 32 weeks, and after five days in the NICU, our tiny 4 lb son developed NEC (necrotizing enterocolitis), a complication in preemies, and required life-saving abdominal surgery.  It was a tumultuous year, filled with many hospital stays, illnesses and an additional surgery, but soon enough, life entered into a normal routine.  Before we knew it, our little boy was thriving and about to become a big brother.

Two years later, after an uncomplicated pregnancy, during which my colitis was stable, our second son was born.  As I began to enter the joy and chaos of being a mom of two, G-d threw me a curve-ball with a new diagnosis—one that would change my life forever.  My mother was diagnosed with early onset dementia at the age of 54.  Since my parents were divorced, I found myself in the new role of caregiver.  Overwhelmed, as a mom of two and caregiver to my own mom, I really neglected my health, and found myself vacillating between eating very little and binging on unhealthy comfort food.

A few years later, I became pregnant with my third child—a girl—who was born with a rare genetic disorder, requiring special care.  I was devastated.  I craved a regular mother-daughter relationship, as my mother was slipping away, and I now wondered if I would have a normal relationship with my new baby girl. This latest stress, and my poor eating habits, led to an unrelenting colitis flare up, despite taking all my medications.  I was in despair, feeling so ill and full of anger, and I started asking G-d why He was doing this to me.  This is the moment in my life where I stood at a crossroads; it is here that I had my “ah ha” moment.

Sometimes, we fall down because there is something down there we are supposed to find.

After years of neglecting my health, I was terrified.  Where would I be years from now if I didn’t start taking care of myself?  How would I be able to take care of those around me if I was in such poor health myself? I was scared, but I was also determined—determined to get my health back on track.

I thought back to that initial gut instinct I had during my first pregnancy, when I suspected food must have an effect on my disease.  I investigated the connection between diet and ulcerative colitis.  While there were various ideas circulating about diets and autoimmune disease, the most popular approach involved eliminating dairy and gluten from the diet.  So I began a journey, substituting brown rice flour for wheat flour, and I started getting accustomed to adding almond milk to my coffee.  While I noticed some mild improvements in my symptoms, I also began to feel overwhelmed at the prospect of eating this way long-term.  Just when I was about to give up on my dietary changes, a new local health coach was offering free consultations, so I jumped at the opportunity.

Validation is the first word that comes to mind after I met with the health coach.  I finally had someone with professional training validating my desire to use diet to heal my gut and get my autoimmune disease under control.  Not only did this health coach support my plan to go dairy and gluten-free, she introduced me to the Paleo approach, which removes grains and legumes from the diet, in addition to dairy and gluten.  Then, Danielle Walker’s Paleo cookbook, Against All Grain, was recommended to me.  Initially, I was quite skeptical of the Paleo diet, as I am not a fan of extremes, but after learning that Walker famously used this approach to control her ulcerative colitis, I was convinced to try.

I couldn’t believe how quickly I started feeling better.  Not only did my gastrointestinal symptoms settle down, but my migraine headaches decreased, and my persistent brain fog lifted.  I knew something was changing in my body, but I wanted to understand the science behind my own personal homegrown body experiment.  As I delved deeper, I read Sarah Ballantyne, PhD’s very thorough and scientific explanation of the connection between diet and autoimmune disease in her book, The Paleo Approach.

First, I learned that in order to develop ulcerative colitis, I had to have had a genetic predisposition to the disease.  In addition, there would have been environmental factors that triggered an immune reaction, which occurred through increased intestinal permeability.  Increased intestinal permeability—also known as leaky gut syndrome—happens when there is damage to the gut lining from environmental factors, such as diet and lifestyle.  Tiny holes form in the gut lining, and substances that are supposed to stay within the digestive system pass into the blood stream or lymphatic system, and encounter the immune system.  Some of the primary substances that can lead to intestinal permeability are the very foods eliminated in the Paleo approach.

In addition to intestinal permeability, dysbiosis can develop, which is a term that describes an imbalance in the healthy microorganisms in the gut.  These microorganisms are beneficial bacteria that aid in digestion, synthesize certain vitamins, secrete serotonin (the primary neurotransmitter that regulates mood), and play a crucial role in the immune system. Antibiotics, a diet high in sugar and processed food, artificial sugars such as Splenda, pesticides, medications, GMOs and stress are some of the factors that can disrupt this healthy balance of bacteria, contributing to autoimmune diseases.  In addition, gut dysbiosis has also been implicated in obesity, anxiety and depression, and many other health conditions.  Therefore, in addition to eliminating problematic foods and minimizing stress, it is important to replace the healthy gut bacteria by consuming fermented foods and/or probiotic supplements.

After following the Paleo approach for a few years, not only did my autoimmune disease go into remission, my cholesterol and blood sugars returned to healthy levels, my chronic migraines lessened and my hay fever disappeared.  Furthermore, I have been able to reintroduce a variety of foods, including certain grains and some dairy, without complications.  I have learned that eliminating foods from the diet is quite individual, and the Paleo approach should be used as a guide for healing.  It is important to discover what your unique food sensitivities and intolerances are, and to “go with your gut”.

After my health transformation, I became inspired to return to school and become an integrative nutrition health coach so that I could motivate others to heal their gut.  What I find incredible about the coaching process is that not only am I here to listen to my clients, but I also teach them to listen to themselves.  I am constantly inspired by their ability to heal themselves once they are given the confidence to listen to the messages their bodies are sending them—and that is when the real magic happens! 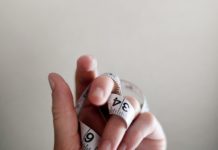