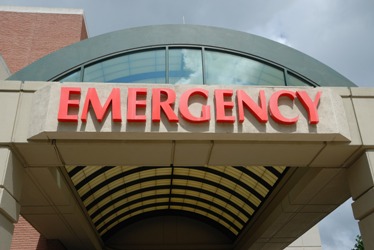 Two years ago, my husband got a job at a local hotel as a mashgiach for Pesach. I was excited to spend Pesach with the elite who can afford such a luxurious holiday. We definitely couldn’t, but this was my ticket in! I carefully shopped for my 5-month-old and myself, made sure to send in my sheitel to be set, scheduled to take off work…you get the idea. But I’m sure you all know the saying, “Man plans and G-d laughs”—and that is exactly what happened to us.

About two weeks before Pesach, I went with my daughter to Cleveland. We drove six long hours each way, and spent the weekend visiting my family. On Friday, less than an hour before Shabbos, my husband called to tell me that due to “politics”, the hotel had to let him go. I called our Rav crying—Pesach was two weeks away, and I refused to make it!

Baruch HaShem, my incredible sister-in-law invited us to go to her in Brooklyn. I was nervous; we had never really spent that much time together. But with a smile on my face, to New York we would go!

On Erev Yom Tov, I woke up around 3 am in the worst pain of my life. To put it in perspective for you, this was 100 times worse than childbirth. I tried going to the bathroom, thinking that maybe I was constipated. I tried taking a hot shower, thinking that hopefully I’d find some relief. Nothing worked, and around 5 am, I decided that it was time to go to the emergency room. I left my baby and husband at home sleeping, and I drove myself to the hospital.

The drive was so scary and dangerous, and I kept crying to HaShem to let me make it to the hospital safely. I ran red lights, I went above the speed limit, and I parked illegally when I got there. When security told me that if I didn’t move my car they would tow it—my car, which was already loaded up for Pesach—I just handed them my keys.

I was triaged and taken back in minutes. When the nurse came in, I told him that I needed him to diagnose me with gas pains or constipation, because in two hours, we would be leaving for Brooklyn. He said he wasn’t sure; I had the symptoms of gallstones. So I texted my former border mother (who also happened to be my midwife and whose kids I nannied for), whose house we had spent the last two Pesachim by for the sedarim, and asked if my husband and baby could join them. By then, my husband had woken up and gone over to friends, so that they could keep the baby while he came to move the car. This was the first time we had ever left my daughter with a babysitter…and I was in too much pain to care.

After some poking and prodding, as well as an ultrasound, it turned out that I was having a gallbladder attack. They wanted to keep me there for three days for pain management, but I decided to take oral pain meds and go to New York anyway.

The pain subsided, and we had the best time by my sister-in-law. The food was delicious, and she never let me lift a finger. Her children provided my baby with the best babysitting/day camp. You can probably guess what I am going to say next—I believe we had a better time at my sister-in-law’s than we ever could have had at the hotel.

And then, the last night of Pesach came. My husband got up to go to the bathroom, and I was awoken by that same horrible pain that I had had a week before. I asked him to bring me my bottle of pain pills, and I took the entire thing. I instructed him to go get a male relative to wake up his sister, so she could come sleep with the baby, and we could go to the nearest ER. Luckily, my doctor back home had warned me that this could happen and had given me a copy of my chart.

Since I was from out of town, I Googled Hatzalah, and of course, the number I called said, “If this is an emergency, please hang up and dial…” I was in so much pain that I couldn’t! The relative who was sitting with us was from Lakewood, so she told me the only Hatzalah number she knew—the one in Lakewood. I called Lakewood in tears, begging for help. It finally arrived in the form of a nurse from Long Island who was visiting family. He was amazing! He took my vitals, looked over my chart, and called for an ambulance.

I was taken to the nearest ER, where I was triaged and told that my blood pressure was so high from the pain that I needed an excessive amount of pain meds, but that I shouldn’t worry, because they had medications to counteract the overdose. In the end, it turned out that I had gallstones. I had to wait in inpatient for three days for the stones to pass, and then they did emergency surgery to remove my gallbladder.

How amazing is HaShem? For starters, I had the initial attack at home and not at a hotel quite far from the nearest hospital. And since it was at home, we had friends who could watch my daughter, Nechama, for us. I have a picture on my phone of their kids and Nechama davening together—it is so cute.

As far as the second attack went, HaShem made sure we were somewhere with access to Hatzalah. He made sure we were staying by family who could keep Nechama for three days, so that my husband could be with me. And finally, when I was discharged and went “home”, it was to family who helped take care of me until I was well enough for the drive to my own home.

So Baruch HaShem, the glamorous hotel I was dreaming of fell through. In the end, we had better food, better accommodations, better childcare, and my husband didn’t have to work to earn it. Pesach was so beautiful. My nieces and nephews spoiled me with so much nachas. And I really had time to bond with my daughter. We made new friends. And it became our annual tradition. After making Pesach for three years, I have handed off the torch to my sister-in-law, who does it so much better than I ever could have imagined.