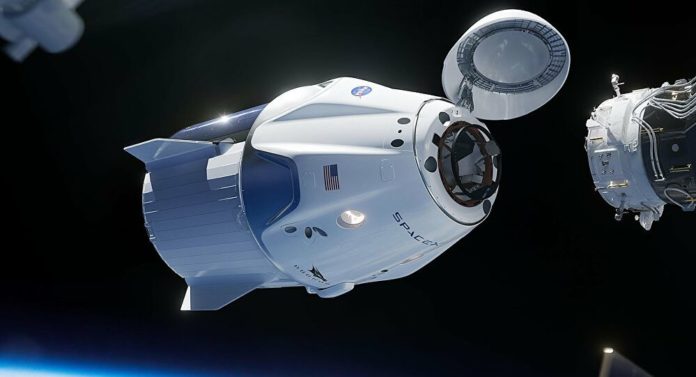 I grew up in the shadow of NASA and space exploration. For much of second and third grade, my father worked in Houston, Texas, and would commute home some weekends, while my mom stayed with us 1,600 miles away. During the summers, we packed up our house, furniture and all, and took up residence in Clear Lake City, just outside of the sprawling city of Houston. My dad would head to work at NASA, while we swam at the local pool and tried to beat the oppressive heat.

Two memories from that time, besides the hurricane that we weathered, stand out for me. One was the day that our entire family went on a VIP tour of NASA. Since my dad was working on the development of the space program, we were apparently VIPs.

Is it any surprise that my father’s job as an engineer on the shuttle’s guidance computer, and our family’s excitement about science, inspired me to want to be a pilot on the very same space shuttle that my father helped build?

The second vivid memory was being woken up well before dawn, and walking to a nearby parking lot to watch Skylab fall out of orbit. For the uninitiated, Skylab was the first space station that the United States launched into orbit. It was occupied for about half a year in the early 1970s. Scientists noticed that Skylab’s orbit had begun to decay in 1978, and they realized that it would have to return to Earth, due to gravity. They manipulated the orbit, using booster rockets, to guide it to safely land in the ocean. In July of 1979, my parents, coffee cups in hand, along with my sisters and I, joined a crowd watching the predawn sky in awe as Skylab flew across on one of its last orbits around Earth.

Is it any surprise that my father’s job as an engineer on the shuttle’s guidance computer, and our family’s excitement about science, inspired me to want to be a pilot on the very same space shuttle that my father helped build?

Our family visits to Washington, including the summer we spent in the suburbs while my father again spent a year away from home, working on national defense (I assume that was the reason; the real reason has not been declassified), always took us to the Air and Space Museum. This shrine to any fan of space science and exploration felt like our home-away-from-home. As I continued to excel at math and science, there should have been nothing to stop my dreams.

My parents allowed me to go the National NCSY convention in, of all places, Houston, where the theme was, ironically, Lo BaShamiyaim Hi. I went back to NASA with NCSY—not as a VIP this time— and saw the same mission control room I had viewed when I was younger. I stood in awe, yet again, as I continued to refine my dreams and goals.

Supportive as ever, my father arranged for me to fly a Cessna with one of his friends who had a pilot’s license. My parents paid the rental fee, and my father bravely survived my maiden voyage.

Next came the first big choice. I still had the money from my bat mitzvah, and I could use it to either earn my pilot’s license or to take my first trip to Israel. My parents said it was up to me. I decided that there was only one choice. I became the first person in my immediate family to go visit our homeland. When meeting with military personnel—a staple of all trips at the time—I asked them if I could become a pilot for Israel, and they laughed in my face. Literally. But I was pretty much ok with that. My life was now heading in a different direction anyway.

As a teacher of math and science, and perhaps Torah too, both at home and in the classroom, I know that these subjects are all interrelated. They speak to each other and explain each other.

After coming back from Israel on a tour that was not religious, I decided that I needed to go to a college which would allow me to continue to grow in a religious environment. I did not part from my science dreams and decided to complete a joint program between Stern College and Columbia University’s engineering school, where I studied Mineral Resources and Environmental Engineering.

After starting off work in an engineering firm, I switched to teaching math and science in frum schools. My children have grown up in family which is steeped in Torah, science, literature, art and much more. But we certainly have a special place in our house for “Grandpa’s Space Shuttle”—pajamas and posters and books have accumulated in our house over the years.

On the day after Shavuot this year, I sat with my children watching Dragon approach the International Space Station. One by one, the boys, although excited by the event, peeled off to join their Zoom sessions with their rebbeim. I still watched each maneuver and communication. My sisters and parents watched from their homes as well. I knew that my family had had to sacrifice, like many others, by having my dad away for over a year, so he could help develop the United States’ space program. I reflected proudly on my father’s and his colleagues’ accomplishments in building the foundation for all that the space program has done over the decades.

As the soft docking occurred, I went into the room where the boys, on their own Zooms, were learning. I tried to tell them that the docking was happening now, and they each glanced up and smiled, but then went back to learning Torah. I returned to the couch—half guilty for interrupting them and simultaneously proud of them for their focus—where I reflected about the choices I had made along the way.

As a teacher of math and science, and perhaps Torah too, both at home and in the classroom, I know that these subjects are all interrelated. They speak to each other and explain each other. When I stand before my children, at home or in school (or on Zoom), I want them to know and experience the excitement and passion that my parents kindled in me about knowledge. I want them to ask questions, think, ruminate and make an impact on the world around us. As I said to my students on the last day of class last week, “Use your minds and hearts to do incredible things as you go conquer the world.”

There are adventures to be had, and I am fortunate to have the opportunity to kindle that same fire that was lit for me. I hope, if it is their dream, that one of them does make it to space one day.

My own dreams now include helping the children in my life know how to dream and reach for the sky.