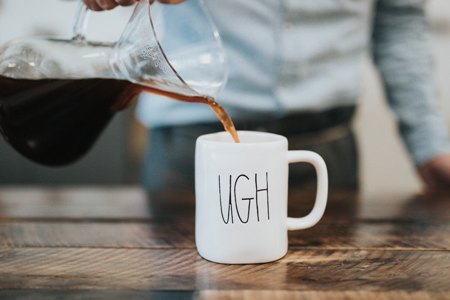 I expected our aliyah journey to be really hard. After all, making aliyah meant leaving everything and almost everyone we knew behind. It meant moving away from our comforts and familiarities and toward countless unknowns. I expected us to struggle to communicate. My husband and I considered our Hebrew rusty at best. My children knew some frequently used Jewish words and phrases, but basically did not speak the language. I expected our standard of living to go down. After all, salaries are much lower in Israel compared to America, and most things cost more there. So, even if we were able to find jobs, I expected us to be less comfortable financially than when we lived in America. I expected us to feel very lonely. We only knew a handful of people in Israel; we were leaving our dearest friends back in New Jersey. I know my expectations sound depressing, but aliyah was something we wanted for our family, so we were willing to move, even with all the hardships involved. Five months into our aliyah adventure, and we are actually doing really well with our transition into our new lives. I attribute the feelings of success of our aliyah thus far to our low expectations. (Obviously, the actual success is attributed to Hashem helping us every step of the way, and for that we are so grateful.)

I felt that it would be irresponsible for us to move to Israel if we knew our lives were going to be so much worse off than if we had stayed in America. I was being optimistic about our aliyah experience.

I was not always a believer in low expectations. In fact, when we started planning our aliyah, I was a self-declared optimist. My husband, on the other hand, was what he likes to call a realist. I called him a complete pessimist. Whenever we would think about our aliyah plans, he would expect the worst. His expectations included not being able to find jobs, living in a tiny one-bedroom apartment with our K”H four children, never saving another penny again, and so on. His expectation was that once we made aliyah, our lives were going to be really difficult. These low expectations did not deter him from wanting to make aliyah. It was just his way of preparing himself for our new reality.

I could not stomach his portrayal of our new lives. I was more hopeful. I truly believed we would find jobs with adequate salaries and housing options that would be both comfortable and affordable. After all, I felt that it would be irresponsible for us to move to Israel if we knew our lives were going to be so much worse off than if we had stayed in America. I was being optimistic about our aliyah experience. My argument was that I would rather risk a little disappointment in order to stay sane throughout the planning process. We agreed to disagree, as long as we both were ready to make this gigantic move together.

Somewhere along the line, I converted to being a realist! As our plans moved forward, I began to wonder if maybe I was being too naïve about my expectations for our aliyah. I began to consider the possibility of our lives looking more like the way my husband expected them to be. Although it was really scary to think about all the obstacles we would have to overcome during our aliyah journey, I started to be more careful with how I was setting my expectations. I figured that if I could muster up the courage to make aliyah while I expected our lives to be so difficult, then we would be able to handle whatever would come. I started preparing for the challenges that awaited us.

Every step of our aliyah journey has proven the importance of realistic expectations. After being convinced that we really might end up in a tiny one-bedroom apartment, when we found an affordable three bedroom, I was sold. I had resigned myself to the fact that we could live happily with fewer belongings and less space. If my expectation would have been a comfortable four-bedroom home like we had in America, I would have never agreed to our current living situation. As of now, we are very happy with our decision.

Banking is another example. We heard horror stories of people trying to deal with Israeli banks. We were expecting it to take hours and multiple visits to separate branches to open a bank account. When we had one opened in only an hour and fifteen minutes in our first visit to a local branch, we were ecstatic. Had we expected the process to be like it was in America, we would have been outraged.

The truth is, I still like to be hopeful. I was hopeful that my children would find friends quickly and pick up the language easily. Keeping to my new motto, I prepared myself for the worst and accepted that they might be lonely and struggle to keep up in school during the first year. As our aliyah date arrived, I prepared myself for the difficulties of plucking them away from their best friends and moving them into a new school with a new language. We did what we could to prepare them, and chose a school that was ready to help new olim. We planned video chats with old friends and spoke openly with our children about the realities of making aliyah. I kept my expectations low. Now that we have been in Israel for five months, I can see they are really making progress toward understanding Hebrew and are doing very well socially. When I hear about their success in school, I am so relieved. When I see them giggling with their new friends and happily walking into school each morning, it makes me smile. I did not expect their transition to be as smooth as it has been thus far.

When we plan for the worst, and set our expectations low, we are prepared.

There are times that I still fall back into my optimism and set my expectations too high. Getting the flu shot was one such example. I was expecting it to be a simple task. In fact, when I walked into the clinic to ask about the hours for getting the flu vaccine, they told me a certain time and day that the nurse would be available. It was then that I made my mistake. I expected that if the secretary told me to come at a specific time, we would definitely be getting our shots then. I kept my daughter home from school, and we went at the appointed time. When we got there and the nurse was not available, I was really disappointed. Had I set my expectations more appropriately, I would have been more prepared for the chance that we would not be successful. The next time I tried to get our shots, I had very low expectations of actually receiving our flu shots. I told myself and my family that we would try to get our shots, but nothing was certain. Sure enough, we were successful. We were pleasantly surprised and felt great, aside from a few sore arms.

Aliyah has taught me an important lesson that has changed my life. I realize now that my husband was not trying to be a “Debbie Downer”. He was trying to protect us from disappointment. He was trying to make our journey as smooth as possible. When we plan for the worst, and set our expectations low, we are prepared. I am not saying that I lost my belief that life is going to work out well for us. I am not scared of a little disappointment now and then, but life goes much smoother when we are prepared. Now, I like to play out the worst-case scenario, so I can be ready for anything. I still consider myself optimistic and hopeful, but I am more careful to set my expectations on the low end. Thanks to our preparation, when people ask me about how our aliyah transition has been going thus far, I always answer, better than expected!