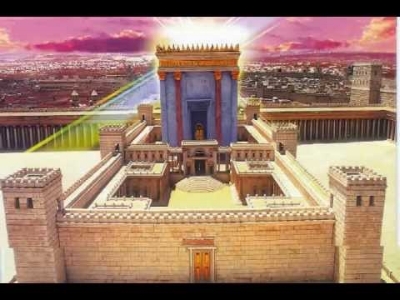 I remember Tisha B’Av growing up. It meant: Stay out of the grownups’ way, and try to see if I could fast past 10 a.m. As I got a little older, I knew I was supposed to feel sad, and I felt kind of guilty about eating cookies and playing with my friends. It wasn’t until my first summer in sleep-away camp that I really felt the meaning of the day. We had a moving speaker, and we learned a lot about what was really lost in the destruction of the Bais HaMikdash/Holy Temple. We also learned what it really means to daven for Moshiach to come so that this could be the last Tisha B’Av spent in sadness.

I really felt it. I felt the loss, I felt sad, and I felt so conflicted. Honestly, I was full of fear. What if I really did daven hard enough and salvation actually came today? Would we really leave right now to Eretz Yisroel? From camp? Where would we live? Would there be normal schools? I felt guilty for worrying about all these things, but there was just so much unknown, and what I feared most was separation. I had learned that in the days of the Holy Temple, everyone lived with their tribe. But what about my friends who were from other tribes? And what about my father and brothers, who were Kohanim– would they have to devote their lives to the service of the Holy Temple? Would we live apart from all the people I was used to having near me?

As I became a teenager, and my understanding deepened, the ratio of sadness and loss vs. the fear of the unknown shifted, and the sadness was no longer very difficult to achieve. I would spend my Tisha B’Avs vacillating between trying to pass the day, and trying to bring Moshiach. When reading Eicha/Lamentations, I tried valiantly to relate to the text, bringing up images of my starving ancestors and the sacred life they lost when Jerusalem was devastated.

Once I reached adulthood however, there was simply no effort needed to relate to the tragedy. There is just so much sadness in the world. So much loss. And oh, so much separation…

(Had that kid in camp only realized that living in galus/exile was the true separation to fear!) Everyone I know has experienced loss on some level.

How many friends do I have who have yet to find their mate or to have children? Or friends who do have children, but are losing them — to illness, or to the world outside of our faith? How great is the chasm between neighbors and friends, or even within a family? How many of us have people in our lives – so close we can touch them- but never truly reach them?

The ache of this kind of separation is ever present, and each year, Tisha B’Av just brings all these feelings to the forefront. The words of Eicha are now all too relatable. I understand what it is to live a life that is lacking true community. Lacking closeness with Hashem and with each other. I dream of a world where we live as one harmonious choir, singing out together in the service of our Creator. Now, when I read Eicha, I no longer need to imagine my ancestors from so many years ago. I just think of all those people in my life who feel alone, and I think of how wonderful it would be if salvation would come this year, and we would once again live life as one nation, serving our Creator together.

This year on Tisha B’Av, I will cry and I will yearn, but I will also know that through Ner Echad (the women’s unity movement that I am project manager of), I am doing something to achieve our goal; something to ease the ache of separation just a little bit. I am working towards not only hastening the redemption, but increasing our achdus/unity while we await it. This year I will be comforted, knowing that in this small way, I am connected with women everywhere, and together we are bringing just a few more notes into harmony, in preparation for the ultimate song of redemption…Bimehaira Beyamenu, speedily in our days…