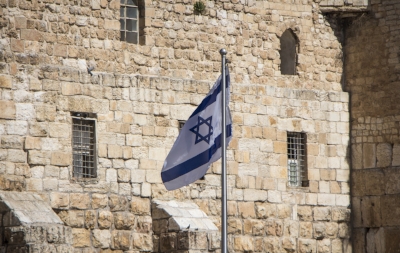 I vividly remember sitting next to a good friend during one of the final shabbatons of my seminary year. One of our Rabbis got up at seudat shlishit and gave us the cold, hard facts. He explained that although right now most of us (seminary girls) wanted to make aliyah, we would return to America after the year was over and not follow through with our goal. He stated, rather matter-of-factly, that it is all too easy to get stuck in America and let aliyah slip out of reach.  I remember tearing up, turning to my friend and saying, “Don’t let me be part of that statistic.” To this day, I can still picture us both deciding that we would stay strong, marry men that wanted to make aliyah, and keep our lives focused on making our dreams come true.

I had become one of those statistics. I had given up on my goal of making aliyah.

But life set in. America was great to me. I completed my master’s degree, got married, found a nice, frum community and bought a comfortable house. Over the years, my husband and I discussed making aliyah, but concluded that we would not be responsible parents to move without jobs and a nice place to live that fit our hashkafa. It would also be so hard to leave our parents. As our family grew, making aliyah grew further and further from our thoughts. I had become one of those statistics. I had given up on my goal of making aliyah.

And then, one summer evening, my husband blurted out, “Let’s sell our house.”  My initial reaction was, “Why would we do that?” We live on a great block, in a nice community, and I love our house. Then he clarified: “Let’s sell our house to make aliyah next summer!” I quickly responded that making aliyah would be the only reason I would consider moving. I reasoned that the only life I could envision being better than our current one was a life built in Eretz Yisrael. We decided to actually look into the feasibility of aliyah. The conversation was brief – but it changed our lives.

Honestly, I do not know why this conversation was different than all of our past aliyah conversations. But, for some reason, we were able to see our choice more clearly and realize that this was our chance to prioritize what we believe in. As Jews, we live our lives with the purpose of getting closer to Hashem. What better place to fulfill our life’s purpose than in Eretz Yisrael? There are so many more opportunities to perform mitzvot and feel kedusha in Israel. For thousands of years, Jewish people have yearned to return to Jerusalem. Now, Hashem is providing us with an opportunity to do so – we would be foolish to turn it down.

Truth be told, we had no idea what aliyah even entailed.

After all those years of wishing we could move, now that it was a potential reality, I panicked!  I guess I had always hidden behind my excuses. It was much easier to say that aliyah is the right thing to do when it was quickly followed by the list of reasons we were not moving.

Like the previous times we considered making aliyah, the questions came rushing through my head. Could we really pull it off? How could we bring our family of six K”H to Israel? We would need to learn a new language. We would need to find a community that had enough English speakers, fit our hashkafa and our budget, and had good schools. We would need to find new jobs, sell our house, and pack up all of our belongings. It was an overwhelming task, to say the least.

Truth be told, we had no idea what aliyah even entailed. This time, we did our research. We looked at budgets from family and friends, spoke to people living in Israel, crunched the numbers for our personal finances, and decided to move one step forward by filling out the paperwork on Nefesh B’Nefesh’s website. We filled out the application so that we could discuss aliyah with a Nefesh B’Nefesh advisor. We made no commitments and told only the few necessary people about our possible plan.

If I think about all we have done, and still need to do, I fall back into panic mode. For me, the trick is taking each step as it comes, while preparing for the next steps, as necessary. We have been making this move as systematic as possible. First, researching budgets, communities, and the feasibility of the move. Next, planning our pilot trip, and making decisions about schools, and housing options. Then, packing up for our lift and selling our house. After that, finding a new home, signing a lease and registering our kids for school. In the future, we will step up our job search and get cracking on our Hebrew skills. When people ask me about steps I have not yet taken, I explain that I have to take it one step at a time.