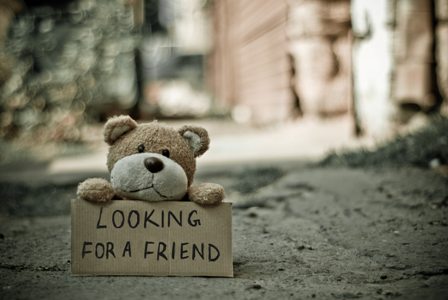 I am in my early thirties, and I am a (recovering) compulsive approval-seeker. I have been this way for as long as I can remember. As a child, I felt that I needed to have a lot of friends and a lot of people who liked me.

In elementary school, I associated myself with a group of friends who were almost identical to the characters of “Mean Girls”. They would string me along and make subtle catty jokes. I clearly remember hanging out with them one day, and the ringleader, Jessica, said, “Stop following me.” My mom tried to discourage me from hanging out with them, but I really wanted them to be my friends. I was trying to chase after the “unattainable”—if they didn’t like me, I would try harder to pursue them.

High school was much better. I found a lovely group of friends who had similar goals, and we all enjoyed being ourselves.

The real challenge started during university. The compulsive approval-seeking emerged again. I had a wide group of friends, and I was like a chameleon—saying things I thought would make this person like me, or more so, not standing up for myself or disagreeing with people. I hated conflict more than anything, and I was being an inauthentic version of myself so I wouldn’t rock the boat with people.

This pattern of approval-seeking was most evident when it came to men. One guy found me on Facebook and sent me some friendly messages. I didn’t know him—he lived in another city altogether, but his brother lived in my city and was president of the shul. He wanted to call me, and he was very handsome, so I gave him my number. He called the next day and spoke to me for hours. Then he started calling me daily, talking about life, and even what kind of sandwich he was making. A couple of weeks later, he came to visit me in my city. We had a nice time, but there were some remarks he made that bothered me. He didn’t plan another trip, so I “chased” him—coming to visit him in his city. He continued to call, but didn’t make more plans. Then, after a few months, he stopped calling altogether. This felt like a huge blow. Because he had pursued me and then rejected me, I thought it proved that I was worthless. This pattern repeated itself with various men, and each time, I felt like their decision to back away meant that I wasn’t good enough, that there was something wrong with me.

Thankfully, years later, I am in a healthy, stable marriage, and the best of me comes out with my husband.

In the friendship department, I am still recovering. A little over a year ago, I stated my mind to a friend and she took it in the worst possible way. Our friendship exploded in a spectacular fashion. I was very upset that she “dumped” me, and again, I fought with feelings of worthlessness, crying and anxiety. Do I care too much? Why does this hurt me so much?

At that point, I decided to take a step back from all the perspectives that were so damaging to me. I turned my focus to the question—What do I need to focus on? What is really important?

The answer for me was Hashem, my family, and my mental health.

I decided that if a friend doesn’t call me back, or doesn’t initiate contact with me first, it doesn’t mean that they don’t like me. Maybe they are just busy, tired or dealing with something hard. It could have absolutely nothing to do with me. If I focus on being the best possible wife, mother and daughter, and develop my relationship with Hashem, I will feel a sense of purpose, and I will not define myself by how I think others perceive me.

Since that incident, I have gotten much better. But, it comes and goes in waves.

Just recently, a girl who I used to be extremely close with was expecting. I called her a few weeks before she was due, and I expressed my excitement over her pregnancy. I emailed her a few days ago asking if she had had her baby yet, and it turns out that the baby was already born a couple of weeks ago. I felt very hurt that she didn’t include me in a group email with the news, and those feelings of worthlessness crept back in. But I am starting to bounce back and practice the trait of “equanimity”. According to the sefer, Cheshbon Hanefesh, equanimity means “rising above events that are inconsequential—both bad and good—for they are not worth disturbing your equanimity”.

If you struggle with feelings like this too, know that you are not alone. It is challenging, and you might feel great for a while, and then backtrack.

Just know that Hashem is always with you and that He created you as a special, worthwhile person. Nobody can take that away from you.

*To reach out to the writer of this piece, email us with the subject: Contact Approval Seeker.