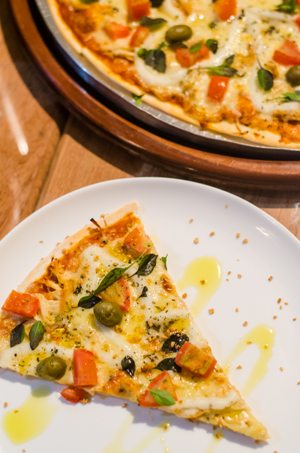 I wake up in the morning, and the first thing that I do is approach the scale in the corner of my room.  I take a deep breath and step on it, fearful of what I might find.  I think of all the food I ate yesterday and try and guess what number the scale will show today.  I close my eyes and then look down.  165. I gained.  Again.

My journey to lose weight was a swift and victorious one.  I joined a chat at work.  It was a competition.  I wanted to win so badly that summer.  I decided that once and for all, I would lose the baby weight I had gained after I had my 3rd child.  I had been ignoring my substantial gain for a while, but that summer, I realized that I was having trouble breathing and bending down to put my shoes on, and I was beginning to sweat profusely at the slightest movement.  This could not be ignored.  This had to change.  And it did.

Over the next 5 months, I lost 30 pounds.  30 pounds is a LOT of weight to lose, but I was determined.  I joined the gym and ran my heart out on that treadmill.  I lifted weights with the music pumping in my ears.  I did crunches.  10, 20, 30, 40, then eventually, 50 at a time.  Then I would turn my heavy body over for pushups.  With each movement, I felt the sweat dripping down my body, the weight melting off.  I would come home in soaking wet clothes, breathing hard and red in the face.  I began to eat very carefully.  I focused mostly on protein, vegetables, and fruit.  I made salads for lunch the way one rides a bike—without thinking.  During those 5 months, I stepped on the scale without fear and saw the numbers go down.  178…170.5…167…160…and finally and miraculously, 148!

I had never had weight issues before this.  It was not one of my nisyonos.  I was always a thin girl, just over 100 pounds.  I am a short person, so I was average for my height.  I wore a size small for as long as I can remember. Even after giving birth twice, I somehow lost the baby weight without a problem.  Then came my third child, and the weight did not come off.  I went to every doctor trying to figure it out…why was I suddenly an XL? Why did I all of sudden gain 40 pounds?  The lack of answers was very disappointing, but I was busy with an infant and didn’t have so much time to focus on the issue…until I found it difficult to breathe.

I stayed at 150 for a while.  I was a size medium and super proud of myself.  I felt like I had conquered the world.

I’m not sure what happened in the following months.  I wasn’t eating as carefully, I didn’t exercise as much…I had somehow lost my willpower, my determination and my desire to be thin.  It all began with a celebratory dinner when I hit the 30 pounds lost mark.  The taste of restaurant food was so enticing; I had forgotten all about it.  I hadn’t tasted pizza in 6 months when I bit into my first slice.  Bread became my dream come true and waffles just topped off the day.  I didn’t have time to go to the gym, although I still walked regularly.  And so, every day that I stepped on that scale, the numbers climbed higher and higher.  And I felt so powerless against this phenomenon.

In the clothing store, I went for the stretchy and the large.  I was so embarrassed by the way that I looked.  There was nothing I could do to stop the weight gain.  I began to look like I was pregnant.  But I wasn’t pregnant.  In our community, where it is common for women to have a baby every other or every third year, I was due for this event.  My youngest was 3, and I looked big.  There was no clothing and no amount of makeup that could hide me from the world.  The amount of stress and anxiety that going outside and to work caused me was smothering me alive.  “I’m not pregnant, I’m just fat,” I said over and over again, with a careless smile pasted on my face.  It was the most embarrassing seeing old friends.  I had always been thin.  Now I looked like a different person.

It is especially hard to live in a society that holds weight as such a high priority.  As much as the frum community is sheltered from the outside world, the idea of being thin has seeped through and taken precedence. Weight has become an unavoidable subject of conversation, and nutritionists have become as popular as therapists.  I remember describing my strict regimen when I was losing the weight, like it was some sort of special teaching, where everyone focused and listened carefully to what I did to lose so many pounds.  People asked me for tips and strategies, and I patiently described the hours I spent on slimming down.  Hours spent cooking special meals, heavy on veggies and protein.  Hours spent exercising, making the rounds of my neighborhood streets.  Hours spent on the treadmill, doing pushups and lifting weights…

Gaining it all back was humiliating.  But it happens more often than you might think.  Going on a diet and exercise regimen and staying on that path are two different things.  Your mind can only focus on one goal at a time.  I was prepared to lose the weight but not keep it off.  Keeping it off was a whole different game that I didn’t know how to play.  When you lose weight every week, it gives you a push to be healthy for the whole next week.  You see results.  It is exciting.  When you have lost the extra pounds and your body settles on the weight that you are destined to be, you lose the one thing that had motivated you all along.  That scale stays at the same number no matter how many crunches you did the night before.  The scale doesn’t care that you ate salad for lunch and that you walked 5 miles.  The scale is a faceless, heartless counter of pounds, not an encouraging friend.  The scale doesn’t know how hard you work and presents you with a number, regardless of your best efforts.

Once I lost the motivation of seeing the numbers go down, I also lost the motivation to eat healthy and stay fit.  I was like an alcoholic that tastes that little bit of wine, or a drug addict that gets a whiff of what life used to be like when he was on drugs.  All it takes is one taste, and you could slip up and go back to the life you led before you decided to become healthy.  Food can become an addiction, and it can be dangerous, just like drugs and alcohol.  It takes focus not to fall back into the trap of your old ways.  You have to be aware at all times and be wary of any pitfalls.  You have to be ready, be prepared, be vigilant.  You can’t forget.

I am ashamed that I look overweight.  Someday soon, I hope to get back on the wagon, as they say of addicts.  For now, my weight is stable and not climbing anymore, and I try my hardest to eat in moderation.  But often, the stress of life and raising children and working can get to me, and as I bite into that cookie, I say to myself: I deserve this moment of bliss.  I had a hard day.  If only it were once in a while, and if only I had the time to lose the weight again.  If I ever do, I will have to mentally prepare myself for the reality of keeping on track when I plateau.

Nothing tastes as good as skinny feels…but sometimes, something does.  Here is hoping that everyone out there who shares in my struggle can overcome this hurdle.  Here is hoping that weight gain can be de-stigmatized and that plus-sized women can be seen as just as beautiful as women who wear a size small.  Here is hoping that all the women who decide to lose weight keep it off, and all those for whom this is on the back burner for now stay happy with their current weight.  Weight is just a number, I say to myself daily. You are beautiful, you are strong, and you are brave.  And I will not be ashamed any longer.