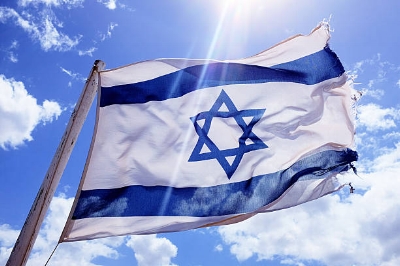 I am proud and happy to live in the State of Israel, here in the Land of Israel.

I am grateful and thankful and emotional about the fact that I live here.

I am honored to live in Israel and very aware of the fact that I am privileged and blessed in a way that was denied to the vast majority of my People, over the past 2000 years.

I was born into a world where the State of Israel was a fact, a given.  I have been chosen to be allowed to witness many many miracles here.  I have seen with my own eyes the words of the Prophets come to fruition, with the ingathering of the exiles from the FSU, from Ethopia, from India and other lands, the reunification of Jerusalem, the surge in Jewish identity.

I have no doubt that the Israeli Defense Force is the finest army in the world, the best trained, the most dedicated and the MOST MORAL army of any nation.

I have never heard of another army phoning and leafleting civilians and warning of imminent action.

I have never heard of another army setting up field hospitals to tend to enemies wounded.

I have never heard of another army repainting apartments that were used during military actions, assisting the ill and elderly over enemy lines and making superior medical treatment available to them in Israeli hospitals.

I have seen the unending efforts made towards peace; painful concessions that ripped our nation into pieces, all for the hopes of peace. Families were exiled from their homes; beautiful, established communities were destroyed, all in the hopes of peace.  The rhetoric of “settlement” does a disservice to homes that were lovingly built, gardens carefully tended and generations of families living in harmony for almost as long as the State of Israel has existed. (Don’t forget, the Six Day War happened when the State was only 19 years old; families lived in Gush Katif for 40 years!)

We give them cement to build homes, hospitals, schools.

We give them medical services, health care, ambulances.

They use those ambulances to transport terrorists and escape detection during their evil plans.

We have lived under constant missile fire.  The innocent act of kite-flying has been transformed into an incendiary act of destruction, igniting acre upon acre of fields, burning and destroying.

The crux of the matter is that the aim of the Palestinians is to destroy the State of Israel.

It is very easy to side with the underdog; it is almost human nature to support the downtrodden, to aid the oppressed, to encourage and advance those who have less.  They seem to be the victim; the wronged party.

But you have no clue what we are dealing with here.  These are people whose entire focus is death and destruction.  They become suicide bombers, not out of desperation, but out of ideology.  They dress their children like suicide bombers the way other cultures worship super-heroes.  They value death; not life.

I will never be able to forget an interview done with a Palestinian mother whose child was being released after almost 2 years of hospitalization due to a serious heart defect.  She answered that she would be proud if her son would become a martyr.  She plainly stated that we Israelis just did not understand the Palestinian mentality; that we honored life while they honored death.  When asked why she had invested such efforts in keeping her child alive if this was her belief system, she said that she had lost other children, was willing to lose this one and that all was in Allah’s hands.

Golda Meir said it best.  She said that peace would come when Arab mothers learned to love their children more than they hate us.

Simply put, if the occupation was the reason for the terrorism, then why were there massacres and killings and wars before 1967?  I am NOT occupying anyone else’s land.  I have returned to my homeland.  Either you believe that Israel is the Jewish homeland and that we are entitled to live and build and flourish and create and innovate and improve ALL of the Land of Israel, or you believe that the Jews have no right whatsoever to ANY part of the land of Israel.

It wasn’t that many years ago that 6 million Jews were killed precisely because we didn’t have a homeland.

Throughout history, Jews have wandered from place to place, always immigrants, never at home.  And yet, show me one culture that was not improved by having Jewish citizens.

Now show me one culture that did not eventually turn on their Jewish citizens, deprive them of their citizenship, exile, annihilate, maim, torture, burn and destroy them.

Naiveté allows the belief that America will be different while anti-Semitism rears its ugly head throughout Europe.  Just take a look at what is going on in France these days.

Again, it is easy to identify with the perceived underdog, but this identification is misguided, mistaken and life-threateningly WRONG.  We are dealing with people who have hate and murder and destruction in their hearts.  We did not make them this way.  We have offered a hand of peace, of understanding, of fellowship.  We have received bombs and missiles, knives and burning kites in return.

The Palestinian authority has done absolutely NOTHING for the betterment of their people.  The soil that nourished and sustained ten thousand Jewish people, who grew fruits and flowers, vegetables and produce, produces NOTHING for the Palestinians because their representatives are not interested in improving their living conditions.  Arafat never changed his clothing, in order to promote an image of a tireless freedom fighter, while all the while sending millions of dollars to his wife and child in Paris.  The corruption and immorality of the Palestinian authority is unparalleled.   Money and aid and assistance do not reach their intended needy; they line the pockets of the elitist greedy.

Today’s news speaks of a new Israeli plan to sidestep the Palestinian authority and provide aid to the Palestinian people in a way station in Cyprus!  This is because we Israelis provide aid anywhere and everywhere in the world where it is needed, be it an earthquake in Mexico, hurricanes in Honduras or any other natural disaster.  The IDF is always the first on the scene, setting up field hospitals and providing lifesaving relief.  Who else provides medical care to Syrian wounded??

Know your facts before you deny your Jewish identity and support your enemy.  Lines were drawn way before you started your campaign to “educate”—lines that reach far beyond the theoretical, and affect life and destiny.

I am proud and happy to live in the State of Israel, here in the Land of Israel.

I am grateful and thankful and emotional about the fact that I live here.

I am honored to live in Israel, and very aware of the fact that I am privileged and blessed in a way that was denied to the vast majority of my People, over the past 2000 years.

Come link your destiny with ours.