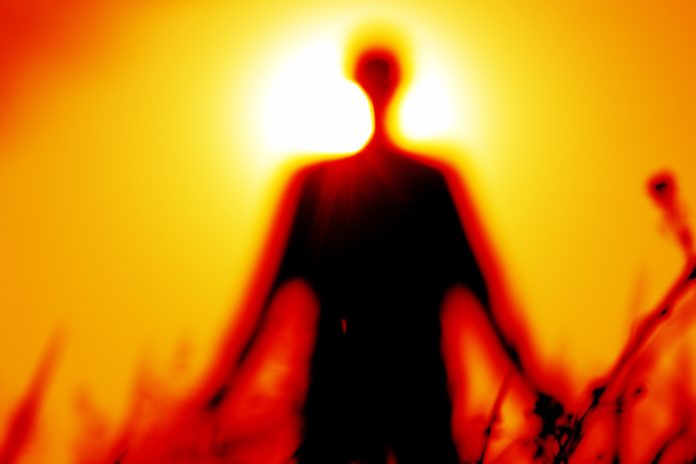 Liba was only 20 when she climbed onto a diving ladder at a swimming pool. As the very heavy person ahead of her dove into the pool, the structure collapsed. Liba fell ten feet to the cement below, cracked her head open and died. She found herself floating above her body and the swimming pool, watching the scene below. She saw people running and screaming, calling for an ambulance. Liba herself was relaxed, just observing the scene. She felt herself rising higher and higher, as the body on the ground and the pool were becoming smaller and smaller. She traveled through a tunnel toward a point of light and emerged into a world of Light. Liba found herself in front of a court. She was being judged to determine whether she would stay in the Spiritual World or be sent back to her body. The entities on the right side of the tribunal were advocating for her to go back to her life, while the entities on the left were saying, “No, she’s dead; let her stay here.” They debated back and forth, and then a powerful Light entity in the center came to a decision. Liba understood that she was staying where she was, and she was okay with that.

“At that point,” Liba recalls, “Somebody came in—another light—very powerful, more brilliant than the sun, but I was able to distinguish it was my grandmother. She had acquired an incredible spiritual light and power through the many acts of kindness that she had performed throughout her life. She had lived in America during the Holocaust, and had tirelessly helped the refugees coming in from Europe. She entered the court, pleading and crying, requesting that they allow me to go back to my life. The tribunal paused and considered her opinion. The Light entity then pronounced a verdict. I was immediately pulled downwards—as if I was being sucked down by a vacuum cleaner—through the tunnel, into my body. I opened my eyes in the hospital as the doctors were sewing up my head.”

Near Death Experience (NDE) is the term used to describe the experience of a person who was clinically dead and found himself out of his body. NDEers typically describe finding themselves hovering above their bodies, traveling through a tunnel toward a point of light, entering a World of Light and love, meeting dead relatives and friends, and witnessing their life review. Most people who have experienced an NDE are transformed by it, becoming much kinder, and more loving and compassionate people.

Eli was 17 years old when he died suddenly. He found himself in a darkness so thick that it was tangible, like the plague of darkness in Egypt. Eli describes how he felt as his soul left his body—“The darkness was solid, and I became afraid.” (This is an exception in his experience, as the great majority of people feel joy, freedom, calm, love, and peace.)

He continues, “When I went to yeshiva, in second grade, I had a rebbi who told us if we were ever in trouble, we should say, ‘Baruch Shem kevod malchuso l’olam va’ed.’ In my spirit form, I started repeating these words over and over again, then suddenly, in the darkness, I saw a pinpoint of light in the distance. I zoomed toward that light, and as I approached, the light grew larger and larger—it was the entrance to the World of Light. I found myself in the presence of the Loving, Living Light…Intuitively, I knew that I was in the presence of the Shechinah, my Creator. If you want to have an understanding—a glimpse of what it feels like to be in the presence of the Shechinah—make a bundle of joy with all the happy experiences you’ve ever had in your entire life, then multiply it by a million.

“I was then transported to another area of the spiritual dimension, where I met a group of souls. Even though I had never seen them in my entire life, I knew who they were. They were my grandparents who were killed in the Holocaust. I had not even seen pictures of them, but my soul recognized their souls and we exchanged love. Then, once again, I was transported to a third location and found myself in front of the Beis Din Shel Maalah (Heavenly Tribunal). There was no fear in their kindly presence; they made me feel comfortable. In front of the tribunal, I saw my Life Review. [The Life Review is a very powerful and transformational part of the Near Death Experience.]

“I saw my entire life—17 years—and it was a good life; the tribunal was happy with me. Certain events were highlighted as my greatest accomplishments: In my school, there were bullies who I stood up to, to protect younger and weaker children.

“When my Life Review was over, I started screaming, ‘What about my parents?! What about my sisters?! There was so much I wanted to do with my life!’ As I finished saying these words, I opened my eyes and found myself back in my body.”

Eli kept his NDE a secret. He increased his observance of Torah and mitzvos. Today, 40 years later, he is a very successful professional, but he tells me, “My friends laugh at me. They say, ‘You know, if you put in a few more hours at your office, you do a little more business, you will have more money. Why are you are always running to help people?’ I laugh back at them. I tell them I know that every mitzvah I do is a diamond that belongs to me forever. They don’t know of my experience, but I know the value of a mitzvah because I witnessed it when I was up in the Spiritual World.”

Rabbi Yoseph Y. Geisinsky is a Chabad Shliach in Great Neck, New York. In 2013, he suffered cardiac arrest that left him clinically dead for 40 minutes. Doctors do not usually continue resuscitation efforts after 20 minutes, but in this case, one of the physicians present was a friend of the family, who kept up resuscitation efforts for much longer than the norm.

Rabbi Geisinsky’s experience was very unusual. As he tells it himself: “After I fell unconscious, I felt myself rising to the Supernal Worlds, as I’ve heard happening to other people. My father, of blessed memory, and other deceased family members came to greet me. At a certain point, I was greeted by an entity who introduced himself as the Angel Michoel. He took me to the chambers of various tzaddikim. I saw that each tzaddik sat in his own chamber and taught Torah. I asked the Angel to take me to the chambers of the Baal Shem Tov and the Alter Rebbe. He agreed, and I stood facing Reb Yisroel Baal Shem Tov and then the Alter Rebbe. The Angel then said to me, ‘We must return to the Heavenly Court where your trial is taking place. They have not yet made a decision.’ The Angel explained that when the court hasn’t arrived at a clear decision, they leave some life-force within the body so that techiyas hameisim (resurrection of the dead) won’t be necessary if they decide a person should remain alive.

“We went to the Beis Din where the judges were discussing my case. They turned to me and asked me what I had to say. ‘Should you return down to the world or remain here?’ Trembling, I responded, ‘I am a chossid—a chossid of the Rebbe. Whatever he says, I’ll accept.’ They said, ‘If so, let the Lubavitcher Rebbe come and state his opinion about the fate of Yosef Yitzchok ben Chaya Luba.’ I stood there, waiting for my sentence. Then I saw the Rebbe, in all his glory, with all those present according him the greatest honor. The Rebbe said, ‘I am working so that Moshiach comes and brings the complete Geulah. I sent my Shluchim all over the world to finish the job. I need my chassidim at their posts. Yosef Yitzchok ben Chaya Luba needs to return to his physical body to complete his work.’ It was then that I heard the announcement, ‘Yosef Yitzchok ben Chaya Luba – to life’, and I awoke from my coma, after the 72 hours of being unconscious.”

Raymond Moody was the first to publish research on NDEs, in his book Life After Life. He interviewed 100 people who experienced NDEs and found common patterns. In the 1990’s, two cardiologists interviewed patients who had survived cardiac arrest. Of the 300 patients whom Dr. Pim van Lommel of Holland interviewed, 42 reported an NDE that included most of the same experiences. A couple of years later, Dr. Michael Sabom of Georgia did the same research, and out of his 250 patients, 50 reported an NDE. The research results of both doctors were very similar.

Another life suddenly transformed by an NDE is Gordon Allen. Gordon was an outstanding entrepreneur who appeared on the cover of financial magazines. He was sometimes ruthless in pursuit of financial success. Gordon came down with pneumonia and died immediately upon reaching the hospital. He describes his NDE : “The very first thing that came over me was this absolutely profound sensation of love—a love so totally unconditional that it overwhelmed me. It was beautiful and wonderfully accepting. This very profound love was followed by a sense of purposefulness that whatever’s happening has a point to it.”

He was met by 3 entities of Light, who told him he was wasting his outstanding talent and drive on the wrong things. Then he was sent back to his body. As soon as he came out of the hospital, he called the business associates he had dealt with somewhat harshly. He asked their forgiveness for not acting lovingly towards them. They couldn’t believe their ears! He left his business, adopted a simpler lifestyle, and became a therapist so he could help others.

Why did Gordon change his lifestyle so radically?

Many NDEers describe, that during their Life Review, they feel every emotion they ever caused another person to feel. One woman who had an NDE said, “I saw my entire life, and one thing was highlighted, as if to say, ‘This was your greatest achievement’: One time, I was in a shopping center, and I heard a little girl crying because she had lost her mother. I picked her up and set her on a counter. I told her, ‘Don’t worry, sweetie, we are going to call your mom, and she will come and take you home. Everything is going to be okay—you’ll see.’ The little girl stopped crying, and her mother soon came and took her home. It didn’t cost me a penny. It took but a few minutes. And yet, this showed in my Life Review as an amazing accomplishment.”

Many people are unsettled thinking about their Life Review. However, one woman had an experience that showed teshuva can even change your past. This woman got very sick and died. When she reached Shamayim, she was met by a man with a long white beard, holding a book. She instinctively knew it was the story of her life.  When she looked inside the book, it had white pages with gold ink written inside. She noticed there were entire paragraphs missing from the book, as if they had been erased. She looked up and asked the man, ‘Why are some paragraphs missing from my life story?’ He smiled and said, ‘Those were things you did wrong, but you took steps to correct them, so they were erased.’