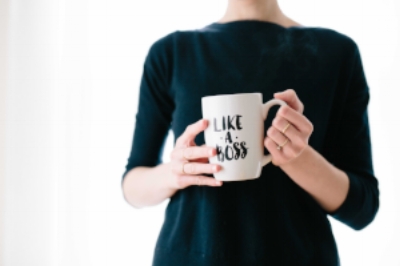 As my youngest daughter’s 8th birthday is getting closer, I have been reminiscing about the time I snuck out of my office for a Monday matinee showing of I Don’t Know How She Does It, starring Sarah Jessica Parker. I say that I “snuck” out of the office because, at that time, I was running a busy Brooklyn law firm, in addition to being the mother of six children below the age of 12, which left little time for anything, much less seeing a movie legitimately. For that matter, it was also hard to read a book legitimately—a few years and a few children before then, my sister had sent me the pink hardcover novel that the movie is based on, and I toted it back and forth to court and on vacation for months, never having time to read more than a page here and two pages there. I rationalized my midday matinee frolic by telling myself that the film was playing almost directly across from my office on Livingston Street—surely a sign that I deserved a two hour break.

I laughed, cried, and over-identified. In the film, the husband, played by Greg Kinnear, describes his wife as a “juggler”, the epitome of my own chaotic life as a mother-lawyer or lawyer-mother. When my sixth child, Mekimi, arrived, I had decided to try the ultimate working mom balancing act—bringing my newborn daughter to my Brooklyn law office every day, for 15 months.

While the other lawyers had a desk and a chair, our youngest associate took over my office with her swing, Pack ‘n Play, exersaucer, high chair, assorted toys, and all the files she could spill out on the floor. “Kiki” saw phones answered so many times that one of her first words was “hawoooh”, with her hand on her ear like a phone. Movie material? Doubtful…but it had definitely been interesting.

While taking a five-day maternity leave, and bringing a diaper bag with your briefcase to work every day, is certainly unconventional, doing so allowed me to mix the personal fulfillment of mothering and nursing, and the professional fulfillment of lawyering. It allowed me to continue running my law office while nurturing and bonding with my sixth child. It wasn’t easy, but it was rewarding. A female client of mine clinched it for me: “You really made my day. A woman lawyer with her baby in the office! I’m so proud.”

Although I’ve been a working mother since my oldest daughter was born in 1999, I’ve never fancied myself much of a feminist. I am a working mother because I enjoy practicing law and fighting to help my clients get justice. I wanted to, and needed to, continue working after having children, and that’s just what I did. When my first two children were born, I was working with my father, a legendary trial lawyer, and had the luxury of three-month maternity leaves. While I was thrilled to be home with my babies, I craved my work and my office. I brought the babies to court with my husband, Bob Tolchin, also an attorney (yes, we first met in court).

I hired Joan to watch the children (she is still our sitter 17 plus years later) and returned to work with my father, leaving the office to come home by 6:30 pm. I was able to lawyer by day and mother by night.

But, as I Don’t Know How She Does It hilariously reveals on the screen, obligations have a way of creeping up on a working mother.

When my third child, born in 2003, was just a few weeks old, he became extremely ill with encephalitis, suffering brain damage that made him developmentally disabled. At the same time, my mother, our firm’s office manager, was diagnosed with the cancer that took her life in 2005. Things became much more complicated on the working-mother front. I took off more maternity leave than usual—six months—before coming back to work. Over the next few years, I had two more children, all of whom I somehow managed to nurse for 13 months each. I pumped while at work and brought the bottles home each night for my babies to be fed the following day. I was famous for pumping while on break from depositions, and in courthouse bathrooms, while selecting juries for trials.

My legal colleagues and judges knew me and received me well, but I couldn’t help thinking that they must have been amazed (or thought I was crazy) each time they saw me pregnant or with another baby. My standard explanation has always been, that financial issues aside, once a person has more than one child, her attention is so diverted that the actual number of children barely matters.

By the time that my sixth child was born in May of 2010, I had been managing the firm solo for a couple of years. This time, I didn’t have the luxury of a maternity leave. I had a staff to supervise, overhead to pay, checks to sign, and deadlines to meet—all in a spiraling economy. It was unclear where a baby would fit into this picture that was laden with work obligations. I knew Bob was right when he told me, towards the end of my pregnancy, “If you take off after the baby is born, the office will fold.”

So, I did what needed to be done. I merged work and family as best as I possibly could. While I was in labor, Bob actually participated in a court hearing from the delivery room by telephone (the judge finally excused him and ordered him to hang up). Mekimi was born on a Wednesday, and I returned client calls and reviewed paperwork in the hospital while she slept. On Friday, after two nights in the hospital, I returned home to introduce the baby to her excited siblings and the inner workings of our hectic household. On Monday morning, Bob dropped me and Mekimi off at the pediatrician’s office at Grand Army Plaza, after which, I strolled with Mekimi in her Snap ‘n Go down Flatbush Avenue to my office.

From her fifth day of life on, Mekimi rarely missed a day of work. Bob would jokingly call me Lori Berinson—a reference to the American woman jailed for treason in Peru, who had a baby with her lawyer while in prison, and was allowed to keep the child with her for his first few years. But Mekimi and I were both quite happy with the arrangement. She would nurse while I worked (I actually became addicted to Facebook during nursing sessions), she attended court conferences and mediations from time to time (a baby in court is a good prop), took naps, and met many clients. Once she started walking, the workday became more complicated, as she wanted to cruise the office, emptying desk drawers, and “reorganizing” whatever files she could reach.

Eventually, Mekimi started staying at home with Joan full time. Without her, it was lonely in the office. The staff all missed the firm mascot, but as she got more independent and was walking around the office, she had caused too much havoc, and anyway, she was entitled to be a “stay-at-home kid”, with toys and her siblings, after they came home from school.

Years ago, I attended a lecture at Barnard, given by the now late Honorable Judith Kaye, who was then the Chief Judge of New York’s highest court, and, like me, A Barnard alumna. When asked, “Can you have it all and not sequentially?”, Judge Kaye answered that, based on her own life model as a working mother, she believed that one could “have it all”. I disagreed with her then, and I still do. I think that in an effort to both work and mother well, one must make sacrifices in both areas. That being said, I thoroughly enjoyed my 15 month experience of caring for my sixth child while working. Never mind the sacrifices; being able to achieve both professional and personal fulfillment was worth it. There was a thrill to telling my opponent in a case that my client demanded  $1 million, while simultaneously nursing a baby. As poet Edna St. Vincent Mallay wrote 90 years ago: “My candle burns at both ends / It will not last the night / But ah, my foes, and oh, my friends / It gives a lovely light.”