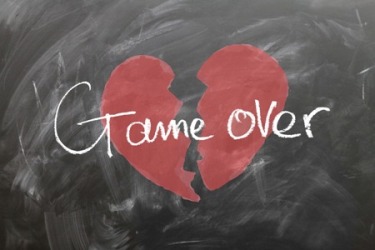 Before I started dating, I did research and spoke to professionals. I knew all the warning signs of an abusive relationship, but when I starting dating Mr. X, all my knowledge vanished. They say love can blind you—it’s true.

I thought I would end up with Mr. X, but it was not a perfect match.

I wrote some songs about him—now I listen and laugh.

We even almost got engaged twice. Now, I can say that I am so thankful to his mother for making sure that it did not happen.

Instead of saying I do, I should have been saying, “Thank you, next!”

When we were together, I was the warm, nurturing one, always looking after him, making sure he was happy and safe. When he left, I felt like I was still expected to play his keeper. After Mr. X and I broke up for the second and final time, he suddenly disappeared from the community. When we broke up the first time, I would constantly run into him, which made us think Hashem was giving us a sign to get back together. This time, though, he was nowhere to be seen or heard from—and apparently, according to his friends, this was my problem.

Our former couples’ therapist asked me if I knew why he wasn’t coming to his sessions anymore. His friends wondered if I knew where he was. I started feeling confused—we were no longer together. He left me, so why did I feel like I still had to worry about him? People would come up to me and ask, “How do you not know where he is? Aren’t you worried his mental health is suffering, and he might have overdosed again?” That question haunted me for months. If something happened to him, would people say I was to blame for not fighting harder to keep us together? (I later found out that his parents had sent him to get help in Florida.) Intellectually, I knew that if he harmed himself, it wasn’t my fault, yet I couldn’t help but think maybe his brother was right when he had said that Mr. X was suicidal without me.

The longer I dated him, the more I had this feeling of, ‘Caution get out!’  His mother would constantly verbally abuse me by making comments such as, “My son says you go to the gym every day, but I don’t see it,” or “Can you have kids if you are an only child?” or “You’re Moroccan, so you must have a crazy temper.”

Despite showing her a degree, she would consistently doubt my intelligence and say, “There’s no way you graduated high school early. Admit it, you dropped out. It’s not possible for you to work in social media marketing or journalism—you don’t have enough followers.” I started doubting myself more, and I stopped sharing and writing, which was something I loved doing. I did not know until later that her great niece is a big social media influencer in the Orthodox community, and since I didn’t have the same salary or following as her, it meant I wasn’t good enough.

Mr. X himself would lie and tell me he wasn’t smoking, until I found cigarettes in a jacket he left at my house. We were at the movies one time, and the movie was about a decrepit, abandoned hotel in the middle of a forest. After the movie, we were talking and he said, “I don’t know what looked worse—Retorno or that hotel.” I had heard of Retorno Rehab, but didn’t know much about it, so when he told me he had gone there for equestrian therapy for his anxiety, I believed him. A couple of months later, we were out, and he decided to have a glass of wine with dinner. It wasn’t long until he started acting manic (medicine and alcohol really don’t mix well), and the confession that he was a former gambler and alcoholic came out.  You are probably asking yourself, ‘So why did you stay if you saw that so many things were wrong?’

His father is a shrewd and persuasive real estate tycoon, and every time I walked away, he would use his business smarts to get me to come back to his son. He would promise to talk to his wife and smooth things out. In addition, he would get his other son to call me and tell me his brother was depressed without me. His brother would try to guilt me into going back by saying that I was the best thing that had ever happened in his brother’s life. And that if I left him, Mr. X might attempt suicide.

While I was worrying about hurting him, I never took a minute to think what was this going to cost me in the long run. When he ultimately left me, his brother was not worried about how I felt.

I kept listening to his family and the shadchan who had told me, “Don’t you want to get married? Close your eyes; all his faults will disappear once you are married.”

Looking back, I now realize that it is important to care for and support your partner emotionally, but it is not okay for them to hold suicide as a threat over you!

When Ariana Grande (the singer who released an album called, “Thank U, Next”) broke up with her fiancé, he tweeted that he was feeling suicidal. Ariana replied that she was outside his office, and would always be there for him if he wanted to talk. Her ex then proceeded to have her removed from the property. It was then that I realized that yes, I had given Mr. X a year and a half of my life, but it did not mean I had to give him the rest of my life. Whatever happened to him, I was no longer responsible.

Sometimes, when you are in a relationship for a long time, it can be scary to move on and acknowledge that the person you fell in love with isn’t really who you thought they were. The French have a term called, trompe l’oeil, meaning “trick of the eye”, and that is exactly what Mr. X and his family were—picture-perfect on the outside, but in reality, like a Monet painting—not as glamorous up close.  The most important thing I have learned from this experience can be applied to both dating and life—all that glitters is not gold!

Yes, it would have been nice to finally “fit into” the Orthodox community, where you’re expected to be married and have kids by now. But it is way nicer to finally have my confidence back. A while back, Adina Miles/Sash (known as “Flatbush Girl”) shared something on her Instagram story that got me thinking. She talked about how Ariana Grande didn’t seem to take any responsibility for her relationships in “Thank U, Next”. While it is hard to admit, I was partially to blame for not leaving Mr. X when I said I would. I recently had someone give me the best dating advice I have ever gotten: “When you do the work to truly become the best version of yourself, that is when the true right partner will appear.”

Instead of listening to myself and the people who truly care about me—those who told me to get away and that this man would do nothing but ruin my life—I kept trying to help and fix him. He would tell me how his mother was not loving enough toward him, and all I wanted to do was give him my heart of gold to make up for his pain. Instead, I broke my own heart and had to spend months healing it. In the process of putting my heart back together, I heard something that I want to share with all of you: “I may be lonely, but I am not alone.”

When Mr. X left for the second time, all I could think was, ‘Why, Hashem?!’ The first time, I understood, but why bring him back just to take him away again?  I thought I would never be able to date again. A few months later, I went out with someone new, and I was shocked to see I actually liked him. No, we did not end up together, but I now realize the reason Hashem brought Mr. X back a second time is because I was refusing to listen to what He was trying to teach me the first time. I truly couldn’t see how bad he was for me.

About two weeks ago, a friend of mine got a video for a fundraiser and she forwarded it to me. Mr. X was in it, and he looked like he had aged 30 years and was depressed and anxious. For a moment, I felt bad for him, but then I took a step back and realized—I am no longer his keeper.

Mr. X and I had met a week before Pesach two years ago. This Pesach, I may be single, but better single than sorry. I am finally saying Dayeinu—I have had enough. I am no longer his keeper.