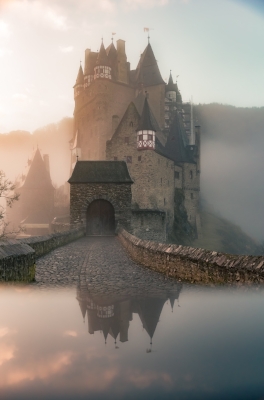 My mother was never a mother.  She was always a child.  It took me years to realize this but when I did, I finally understood that I would have to stand on my own.  I learned to expect nothing, just as I would from my own children.  In the beginning, I thought that there was no hope for the two of us.  I thought that I should have a mother, and if not, then I was to have a hole, and for a long while I did.  I tried filling the hole with other people.  But strangers, and even close friends, can never replace a mother, so I was always left with my heart breaking and my hand stretched out.  But after a long, long time, I learned how to make my mother a part of my life.  Here is what I did.

It all started with a birthday party.  I, being one of only two children in my family, am used to making a big deal out of each of my children’s birthdays.  I feel like sometimes families with many children often ignore birthdays or celebrate them with the immediate family only.  Not me.  I go all the way.  That particular year, I was making a space-themed birthday party for my son, who was turning 7.  I ordered the space cake, the space tableware.  I got moon sand for the kids to play with.  I packed the party favors, each one loaded with candy and squeezy Martians.  The only question that remained was the invite list.  All the children in my son’s class were invited: that was a given.  But as far as relatives went, I was conflicted.  I wanted to invite my mother, but I had hesitations because of the way these visits made me feel afterwards.  Nothing was ever enough for her.  She needed full attention.  She asked inappropriate questions.  And she took a gazillion pictures, for which she made me and my children pose.

Holding the invitation in my hand, I considered not sending it.  But something inside me said: don’t deprive your children of having a grandmother. (My mother-in-law passed away before I had the chance to meet her.)  By sending it, I would be making myself vulnerable to being abused and hurt.  Often these visits ended with a fight and tears from both of us.  Well, that day, I was feeling strong.  I was feeling emotionally ready.  I turned over the invitation and began to create a list of rules.

5.    You are not allowed to say negative comments to me.

6.    Bring a present that I approve of.  Not something that you think we need.

This list reminded me of something I would see in the preschool classroom that I currently taught in.  Six simple rules for the children to follow.  Consequences stated upfront.  Nothing to fight over and nothing to negotiate.  She was going to keep to the rules or not be invited again.

Creating these boundaries felt like a protection to me.  I wanted to allow my children the chance to know their grandmother, but I also knew that her role as my mother was no longer valid and would never be.  Now, every interaction would have to be me in the giving position and her on the receiving end.  I knew that the creation of a functional relationship was in my hands.  But I wasn’t ready to give all of myself to her, as I did with my children.  I had to be able to give what I could.  Having her come to the birthday party in the above-mentioned capacity was all that I could give at that point in my life.

A few days after sending out the invitation, my mother emailed me that she was going to come, and she would follow all the rules.  I promise, she wrote.  We’ll see, I thought.

The day arrived, and it was 11:30.  That was my mother’s usual entrance time at past birthday parties, even though the invitation always said 12 o’clock. This was one of the problems that we had with boundaries that she kept on breaking.  No one was knocking on the door or ringing the bell.  I was engulfed with last minute preparations and kept eyeing the clock.  As I lay out the space-themed bookmark project on my kitchen table, I heard someone outside.  11:50. Still no one.  Maybe this was going to work.

She walked in at 12 on the dot, carrying the very lego set I asked her to bring.  She was brief with her hello and proceeded quietly to the play area.  The two hours flew by, as I was the party organizer and entertainer.  As we went from the project to the moon sand to the cake, I watched my mother out of the corner of my eye.  No pictures were being taken.  No one was asked to pose.  She wasn’t speaking to my father-in-law and telling him what a bad daughter I was (nothing was ever enough).  All seemed to be going smoothly.  I felt a freedom that I had never felt before.  This was the amount I was willing to give her, and she seemed to be respecting my tipping point.

As the mothers came to pick up their children at 2, my mother packed up her bags and said goodbye and thank you. “You’re welcome.  Thank you for the gift, and I will send you pictures through email,” I said as I closed the door.

My mother was invited to my next son’s birthday as well.  And then to my daughter’s later on in the year.  Each invitation contained a new version of the rules, tweaked for the utmost amount that I could give her, and based on what did and didn’t work at the last birthday party.  A year later, I invited my mother to come over on a Sunday.  I told her she could come for 2 hours to see her grandchildren.  She kept to the rules, and I rewarded her for it.  When we needed to take a break, we did, and I clearly explained what it was that we were taking a break about.  Whether it was the inappropriate question that she had asked, or the picture that she had sneaked in, I always stuck to the ultimatum.  It was like training a child.  That was the only road to our having a relationship.

March 23rd is my mother’s birthday.  It was a day we celebrated a lot when I was growing up.  The date is etched into my head, and no matter what, I always remember to call her and wish her a happy birthday.  All the salads that I was tasked to cut up on that day were not to be forgotten.  My mother casually invited me to come over to her house for the party that year.  And to bring the children, of course.  I hesitated, and gauged how much of myself I was willing to give up on that particular day.  I decided that I was emotionally stable enough to handle the situation, and I told her we would come.  I also made a trip to Pandora.  This would be the first gift I was to give my mother.  Ever.  I was able to secure the following charms: a note, because she was a violinist; a paint pallet, because she loved art; a pink-stoned booty because of me, her daughter; a blue bead, because of her blue eyes; and a heart that said “Mom” in different languages.

My mother loved her gift.  As I explained each bead to her, I think she was floored.  Neither of us expected me to be so giving and so generous.  And not only that, but the charms were so meaningful.  It wasn’t just a perfume bottle or a box of chocolates.  It was a gift that I put a lot of thought into.  It represented the fact that I was ready to give a little more of myself than a birthday party or a Sunday visit.  I was ready to give her a gift that I dreamed my mother would give me: something that I liked and wanted.  Something that I needed.  Something that was pretty.  But on March 23rd, I was strong.  I was giving.  I was the mother that I needed to be.  And just like that, the roles were reversed and she got what she was looking for from me.

I know that I will never have the mother that I hoped for.  I came to terms with that the minute that bracelet was on her hand.  The minute I saw the awe in her eyes and the pleasure.  And some part of me will always be searching to fill that void.  I don’t think that there will ever be anyone big enough to fill it.  I’m sad, but I am moving forward.  I am making the most out of the situation that Hashem has given me.  I believe that this is the best thing I can do for us and for my children.  Setting boundaries is what saved my relationship with my mother and gave my children a grandmother.

**To reach out to the author of this article, please email rochel@nashimmagazine.com with the subject line: “contact reclaiming my castle”, and your message will be forwarded.