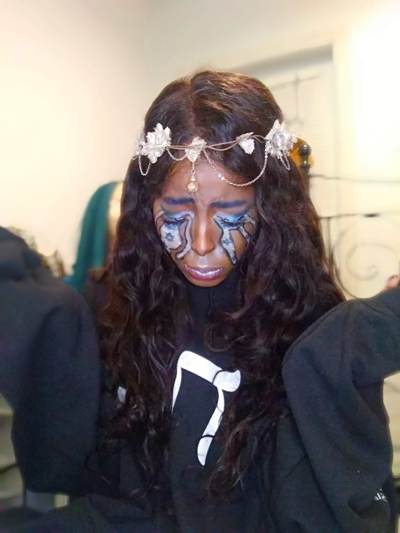 I will start my story by saying that what you are about to read is not an attempt to demonize an entire community. The Orthodox Jewish community has the amazing potential to practice true Ahavat Yisrael and to grow. The keyword here is “potential”. The Baal Shem Tov understood this, and he spent his life trying to show Jews that they are supposed to be responsible for each other and to show each other love. The concept of Ahavat Yisrael is deeply imbedded in Judaism, yet, in my experience, as a Black Jewish woman, it is a concept not always properly embraced.

I grew up in the Orthodox Jewish communities of Crown Heights and Flatbush. As a child, I only saw myself as Jewish and equal to everyone else. I loved singing Adon Olam at the top of my lungs. I loved going over to the men’s side for the Kohanim’s blessing, and I smiled as I felt the warmth of Hashem’s love underneath my Abba’s tallit. I loved saying “Shabbat shalom” to people, even though they never said it back to me. But in spite of my enthusiasm at being a Jew, I learned at a very young age that some members of the Jewish community did not share this enthusiasm.

I went home and looked in the mirror at myself for hours until I saw that I was black. Once I saw it, I then understood that being black made me “bad” and “dirty”. Until then, I only thought I was Jewish.

I will never forget my earliest memory of being introduced to racism in my community. This earth-shattering moment occurred when I was about 8 or 9 years old, in a shul in Brooklyn. On Shabbat, during the Torah reading, a group of kids would always go out to play in the courtyard, and being shy, I never knew how to ask them if I could play with them. Finally, one day, I gathered up the courage and approached these girls, who were playing with a ball, and asked them if I could play. The girls made faces and said, “No, you can’t play with us—you’re black and dirty!”

I checked my hands and showed them that they were clean. They laughed. I insisted to them that I had just washed my hands in the bathroom. They told me the “dirt” was all over my body, and then made a reference to the word “black” again before running away, laughing.

I was still confused.

That Shabbat, I went home and looked in the mirror at myself for hours until I saw that I was black. Once I saw it, I then understood that being black made me “bad” and “dirty”. Until then, I only thought I was Jewish.

The pain of this discrimination got even worse after I was introduced to the concept of colorism (prejudice based on shades of skin tone).

The shul girls would never play with me or my younger sister once they established that we were “black”, “bad” and “dirty”. However, once a year, this rule was relaxed, when most of the other kids went away to summer camp upstate.

With fewer kids to play with, the ones who were still around felt it was “ok” to play with us—the black kids, the leftovers.

In this instance, I was standing side by side with my younger sister, and the girls were deciding whether or not to play with us. I remember them saying they would play with my sister but not me, because she was the “lighter shvartze”, and “better” because she was “less dirty”.

When my younger sister went off to play with them, I ran to the bathroom—the bad, smelly one that no one went into—to cry. I stayed there until I heard davening conclude with the kids singing my favorite song, Adon Olam.

The girls repeated this selection process over and over again throughout the summer. Now exposed to colorism, I secretly began to resent my sister, who was shades lighter than me.

I also began to resent my dark skin and would try to wish it away or scrub at it unnecessarily, in the hopes that it would make me lighter.

Looking back on it now, it was utterly ridiculous, yet to my young, developing mind, these negative interactions—followed by many, many more similar situations—were creating deep trauma in my psyche.

Coming into adulthood, my experiences of racism within Orthodox circles only became more complex and troubling. To be clear, not every racist situation I have had to endure was always done in such an obvious manner. Some racist interactions are absentminded ones. However, most racist exchanges are less apparent and very subtle—aka microaggressions. They are much more common than loud, screaming racism.

I have experienced these microaggressions in everyday situations, such as:

These microaggressions don’t go away with time or when “people get to know you”, as some in the community love to claim. No—they are persistent to this very day, because this behavior is generally tolerated in Orthodox Jewish culture. It is inescapable. And it is something that eats away at my neshama, hurting it, every day.

We can’t fight these battles on our own—we can only work on this together as a community.

Another awful aspect of going through these experiences is telling my friends in the community what is happening, and then being told 1 of 3 things, or even all 3 things at once:

2. “Stop being so sensitive. Everyone has a tikkun—yours is being black. Deal with it.”

3. “Stop being so negative. If you were more positive, people would not be racist toward you. Also, stop making a Chillul Hashem by talking about bad things other Jews do to you.”

It also places a huge burden on you to handle this constant behavior on your own—something which directly goes against the concept of communal responsibility associated with Ahavat Yisrael.

I hope that I have brought some awareness to the community by writing this article. I would like to ask the members of the Orthodox Jewish world to be more mindful of other Jews and what they teach their children, and to listen to Black Jewish people and believe Black Jewish people when we tell you we are dealing with situations of discrimination. We can’t fight these battles on our own—we can only work on this together as a community.